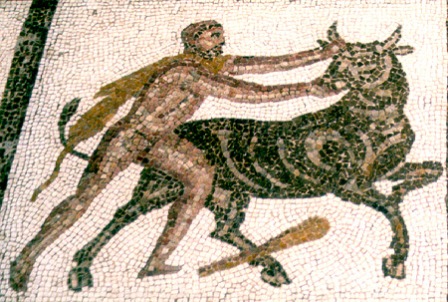 Like every year this time also a couple of bulls had been brought to the temple for a blood bath.

Like every year the two animals were first worshipped and then circulated about the temple premises along with a pahari band playing , a huge crowd followed to witness the medieval practice .

But at the last moment there was a discussion between the villages elders , temple priests and senior police and other state government officials and a decision was taken to put an end to the buffalo sacrifice ceremony ,villagers told the Hill Post .