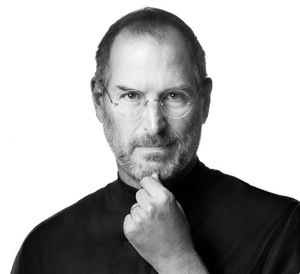 Washington: Steve Jobs, the visionary co-founder of Apple who led a mobile-computing revolution with wildly popular devices such as the iPhone, is no more. He was 56.

The end came Wednesday just a day after Tim Cook, the new CEO of world’s leading tech company unveiled the iPhone 4S, a faster version of its best-selling smartphone that includes a virtual “personal assistant” you can talk to.

The hard-driving Jobs, who resigned in August as CEO amid health concerns, pioneered the concept of the personal computer and of navigating them by clicking onscreen images with a mouse to lead a cultural transformation in the digital age.

In more recent years, he introduced the iPod portable music player, the iPhone and the iPad tablet-all of which changed how we consume content in the digital age.

“Steve’s brilliance, passion and energy were the source of countless innovations that enrich and improve all of our lives,” Apple said in a statement. “The world is immeasurably better because of Steve.”

Jobs who had battled cancer for years, had a secret liver transplant in 2009 in Tennessee during a six-month medical leave of absence from Apple.

Born Feb 24, 1955, and then adopted, Jobs grew up in Cupertino, California, which would become home to Apple’s headquarters.

When he was 21, Jobs teamed with Steve Wozniak and two other men to launch Apple Computer Inc., building their first commercial product, the Apple 1, in Jobs’ parents’ garage in 1976.

Jobs sold his Volkswagen van to help finance the venture. The primitive computer, priced at $666.66, had no keyboard or display, and customers had to assemble it themselves.

The following year, Apple unveiled the Apple II computer at the inaugural West Coast Computer Faire. The machine was a hit, and the personal computing revolution was under way.

Apple’s pioneering Macintosh computer launched in early 1984 with a now-iconic, Orwellian-themed Super Bowl ad. The boxy beige Macintosh sold well, but the demanding Jobs clashed frequently with colleagues, and in 1986, he was ousted from Apple after a power struggle.

Then came a 10-year hiatus during which he founded NeXT Computer, whose pricey, cube-shaped computer workstations never caught on with consumers.

In 1996, Apple bought NeXT, returning Jobs to the then-struggling company he had co-founded. Within a year, he was running Apple again.

And in 2001, he took the stage to introduce the original iPod, the little white device that transformed portable music and kick-started Apple’s furious comeback. Thus began what the CNN called one of the most remarkable second acts in the history of business.