Dehra Dun : The cheetah became extinct in India over four decades back. Had it not been for Project Tiger, the big cat would have also gone down memory lane. And now there are fears that the Asiatic Lion, which is only surviving in the Gir forests of Gujerat and no where else in Asia could meet the same fate. 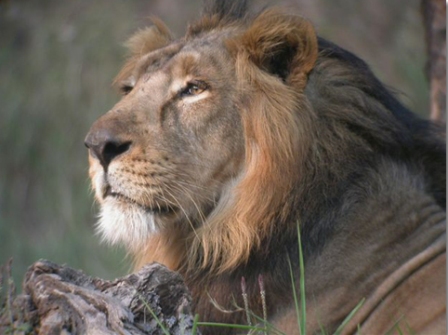 According to research being conducted on the Asiatic Lion by scientists of the Wildlife Institute of India (WII) here, the death rate of the animal in the wild has reached an alarming 49 per cent, which is higher than in the case of tigers. The worst part is that fears have been expressed that this could go up higher in the coming years.

The reason being attributed for the fears of the death percentage going up in the coming years is the fact that of the surviving Asiatic Lions, whose numbers as per the April 2010 census was put at 411, as many as 162 are old females and 97 old males, who may not have very long to live.

Another factor is the man-animal conflict which like in most places of the country is also on the rise in the Gir area sand resulting in premature death of the lions. The research indicates that as many as 32 lions were killed in the last one year alone, of which more than a dozen were in the prime of their youth.

It was found that of the about 411 lions in Gir, while about 260 are old and may or may not be in the reproductive age group, there are 77 cubs and 40 in their prime young age.

But the young are not getting their freedom of space which is causing problems in their movement and restricting them in a limited area.

The research says that though conservationists have reasons to be happy over the fact that the number of Asiatic Lions in the Gir area rose from about 50 about seven decades back to more than 400, but the fact that there has been a fall in the number of the animals in their youth and reproductive age, could again reverse this trend.

The scientists claim that as compared to other wild animals, the Asiatic Lion is not very prone to compromising when it comes to its habitat and as such if the the government wants that they survive and flourish in their existing environs the adjoining areas to the Gir forests will have to be made into a buffer zone where human presence will have to be reduced to a bare minimum of not restricted completely.