Dharamsala: The US has expressed concern over two monks setting themselves afire in Tibet and urged the Chinese government to address the grievances of the people living there, the Tibetan government-in-exile said Wednesday. 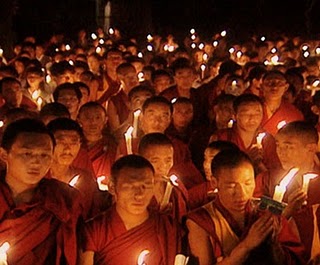 “In the light of the continuing underlying grievances of China’s Tibetan population, we again urge Chinese leaders to respect the rights of Tibetans,” a post on the official website of the Central Tibetan Administration (CTA) here quoted the US State Department as saying in a statement.

It also called for Beijing “to address policies in Tibetan areas that have created tension, and to protect Tibetans’ unique religious, cultural and linguistic identity”.

“We continue to urge the Chinese government to allow access to Tibetan areas of China for both journalists and diplomats,” it said.

The CTA said the monks who tried to kill themselves, belonging to the Kirti monastery in northeastern Tibet, are Lobsang Kelsang and Lobsang Kunchok.

The former is a relative of monk Phuntsok, who set himself afire March 16 in the Kirti monastery complex to protest the repression of the widespread peaceful protests across Tibet in 2008.

“The recent series of self-immolation in Tibet attest to the desperation of the Tibetan people arising from the grim current situation in which they live,” a CTA statement said.