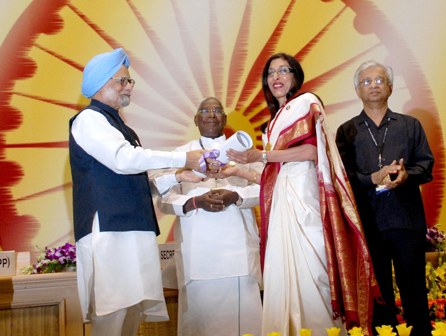 Shimla: For its sustained campaign against usage of plastic bags, Himachal Pradesh by being conferred with Prime Minister’s Award for Excellence in Public Administration for the year 2009-10 has boosted the states initiative in sustainable plastic waste management.

by adopting innovative strategies for protecting the fragile ecology of Himalayas, the state has been taking pioneering efforts in environment protection.

In fact it has emerged as the first state in the country that is seriously working to achieve carbon neutrality, the spokesman said. The state has drawn up a master plan with assistance from World Bank for making Himachal a Carbon Neutral region.

having completely banned usage of plastic carry bags, the states intends to enforce a complete ban on plastic cups, plates and tumblers from 15th August, 2011.

The government offered a buyback scheme for the waste plastic at Rs 3 per Kg, which was shred and mixed with bitumen for road surfacing. A total of 311 tons of plastic waste was collected that was used to tar 300 Kms of roads.

Inspired by Himachal’s success, states like Rajasthan, Jammu & Kashmir and Maharashtra have sought help for providing a model for plastic waste management that they could adopt.