Source PTI
With a view to increase the Trout fish production by more than five times in the Himalayan region, the National Fisheries Development Board in collaboration with Indian Council of Agricultural Research has decided to set up a fish processing centre in Patlikuhal.

The centre will exclusively work for processing the fish at industrial level to preserve it for longer time as fresh as original.

“This is the first centre in the periphery of 1,000 km area in the Kullu District of Himalayan region,” Uttarkhand Coldwater Fisheries Research (DCFR), Bhimtal Director P C Mahanta said.

“The project has a potential to increase the income of farmers several times by multiplying the fish production and also ensuring constant supply to the market in non-season days,” Mahanta said.

NFDB has initially allocated Rs 2.1 crore budget for the project.

The proposed centre will work to empower the Trout fish farmers in two ways, firstly by preserving the fishes for months it will trail the way for fish export from the state and secondly will maintain profitable prices of the fishes for the farmers throughout the year, he said.

Generally the prices fall abruptly during the rainy season when production is high and so the supply in the market but becomes beyond the reach of common man in dry seasons like winter and summer.

Another eminent institute of ICAR is fisheries technology, Central Institute of Fisheries Technology (CIFT), Chennai is also assisting DCFR through its expertise in this project. 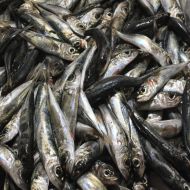 The proposal of establishing a processing has got the necessary approval of National Fisheries Development Board (NFDB) and other concerned agencies and work will soon start at the proposed site at Patlikuhal in in the state.

The experts engaged with the project are also exploring the opportunity of private sector like industry parterres to make it viable and self-sufficient in long term so that it could no longer be a burden on government exchequer.
The capacity of the proposed trout processing plant will be 1.5 tonne per day.

According to the data with the state government, the state is currently producing 1 lakh kg of trout fish per annum. The experts have estimated that after the completion of the project, the fisheries production in the state will increase more than 5 lakh per annum in the state.