Shimla: Taking credit for having initiated party based elections in urban local bodies, BJP did not hold the results to 48 civic bodies as a setback but said that by winning the president’s election in 20 of them the ruling party had proved that it polices had been endorsed by the urban voter.

Talking to the media, irrigation and public health minister Ravinder Ravi said that compared to congress winning the president’s post in 18 urban local bodies, BJP has won on 20 and of the ten that have been won by independents as many as 7 had extended support to BJP. 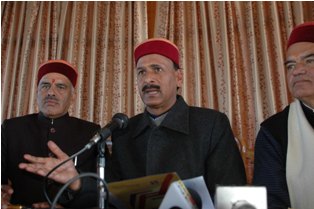 Despite BJP having not got the better of opposition congress in the urban bodies located in Kangra disitrict, Hamirpur district, Chamba district and Mandi district, the minister refused to term it a setback for the party.

“There is a cause for concern, which the party will do a rethink on,” he said.

However, he said that by holding elections on party symbols, BJP had ensured that there were no false claims made by opposition parties including congress over winning on more seats than the actual number.