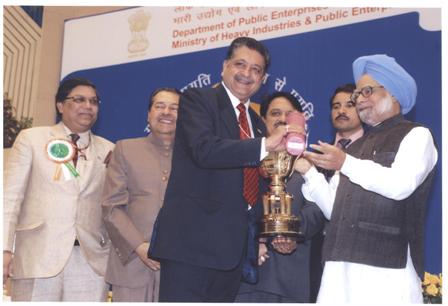 At the function held at Vigyan Bhavan in Delhi, HK Sharma, CMD of SJVN received the award on behalf of the undertaking.

The Scope award is given every year by the standing committee on public enterprises to public sector, recognizing the exemplary work done by public sector undertakings.

SJVN is mainly involved in hydropower development and currently operates the 1500 MW Nathpa Jhakri hydropower plant which happens to be the countryâ€™s largest run of the river project.

Other than several projects in different stages of development in Himachal Pradesh and Uttrakhand, SJVN through international competitive bidding has also bagged prestigious projects in Nepal and Bhutan.