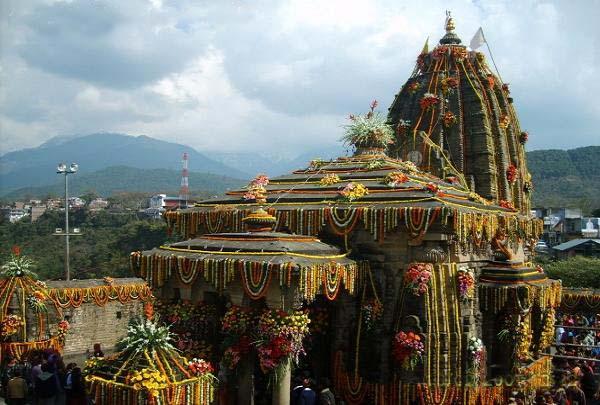 Baijnath: Despite a federal ban, illegal mining on a riverbed in Himachal is posing serious threat to a 13th century temple.

The â€˜Baijnathâ€™ temple in Kangra District, dedicated to Lord Shiva, was built in 1204 A.D. The water level in the River Binwa has gone down drastically which is weakening the templeâ€™s structure. Experts fear that continuous soil erosion caused by quarrying on the riverbed could damage the heritage monument.

â€œThe temple is resting on only one rock and the mining activities are threatening the very existence of the temple. The government should take care of it. Even the locals should make sure that the temple is preserved,â€ said Sanjay Sharma, a temple priest.

The temple falls under the purview of Archaeological Survey of India (ASI). No one can destroy it. As far as damage to the temple is concerned, it will not be allowed. It is not only illegal but it is also a threat to our culture and heritage. Devotees and temple functionaries also expressed their concerns on the safety of the temple.

The monument is a major attraction for both domestic and foreign tourists.

The Bajinath temple, situated at 1,314 metres (4,311 feet) above sea level in the Dhauladhar range of western Himalayas is one of few surviving examples of medieval temple architecture in north India