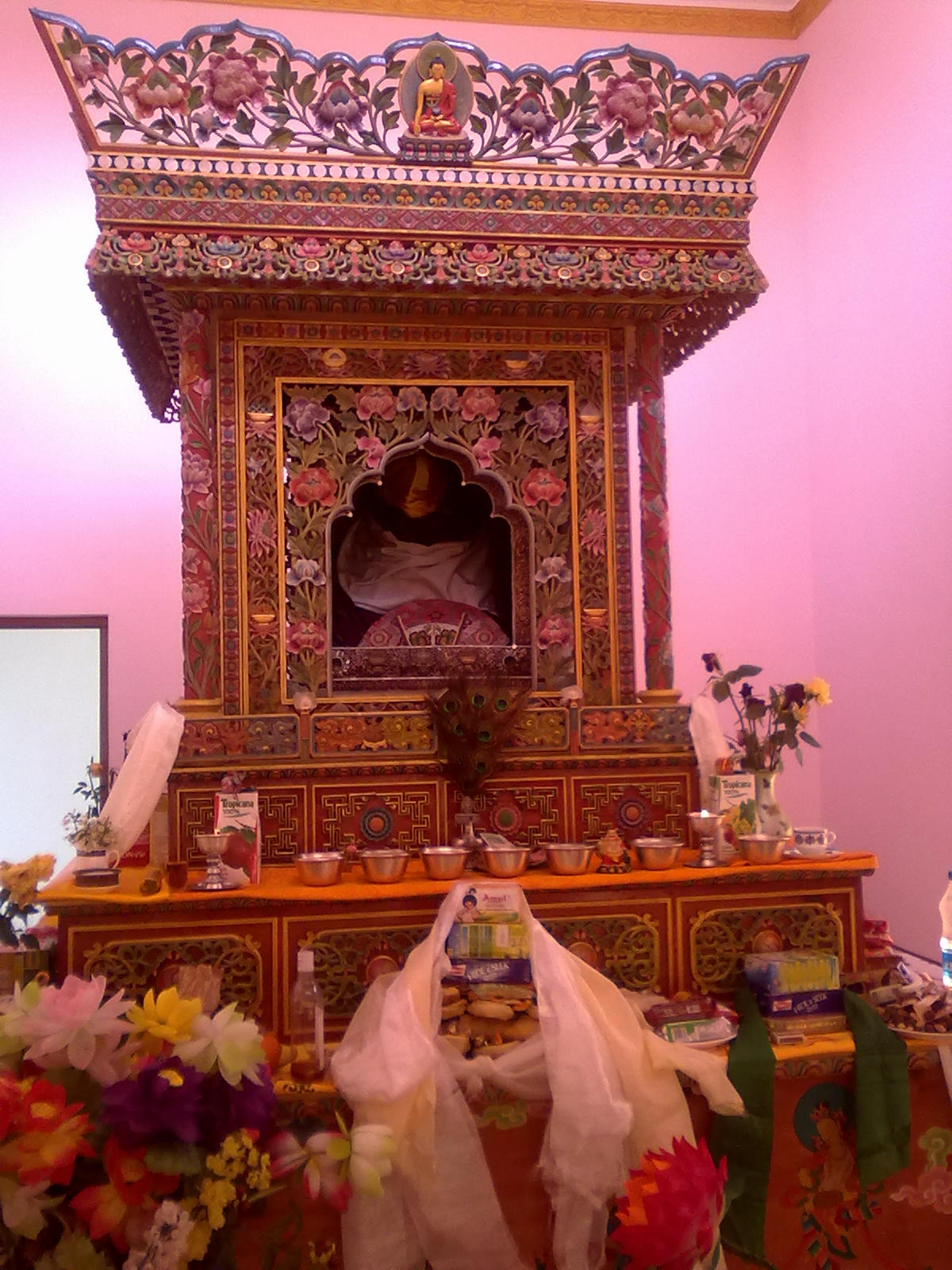 Kangra: The mummy of a revered Tibetan monk, Tokden Amtrin, has now been put on display at a Tashi Jong monastery in Baijnath near Palampur.

Popa Lamba, a disciple of Amtrin, said they did not want their guru to leave them and that is the reason why they decided to preserve his body. Popa spent almost thirty years with his guru assisting him before the latterâ€™s death.â€It was my desire and his other disciplesâ€™ desire that he stay with us forever. Besides, when people come here for â€˜darshanâ€™ they will get inspired,â€ said Popa. Papa also said that the mummyâ€™s face would remain concealed and the cloth will not be disturbed when people come to pay their obeisance.

In the 17th century, the 4th Khamtrul Rinpoche started the Yogi Sangha called â€˜Tokdenâ€™, meaning those who have realized the nature of the mind. Although these yogis are fully ordained monks, the Tokdens keep their hair matted and wear white robes. In 1958, having foreseen the imminent coming of the communist Chinese, the eight Khamtrul Rinpoche came to India with a group of ten Tokdens and other reincarnated monks.Tokden Amtrin was one of the ten Tokdens, who accompanied the eight Khamtrul Rinpoche. Tokden Amtrin passed away on July 1, 2005, in Tashi Jong at the age of 84.