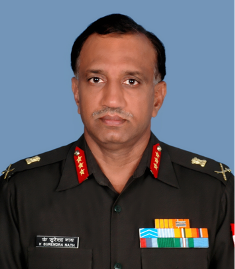 After Gen AS Lamba was elevated as vice-chief of Army on 1st December, Lt Gen Nath has been officiating as the GOC n C here at ARTRAC. Prior to his appointment in ARTRAC, the general officer was a corps commander in the western sector.

In a distinguished 37 year career the general officer has had varied operational experience. He has also been a country representative for a prestigious United Nations Mission in Cambodia and at the UN Headquarters in New York.

On the eve of assuming charge of ARTRAC, Lt Gen Nath said that ARTRAC would continue to define the doctrinal and conceptual changes for Army that are imperative to meet present and future challenges. To that end, the orchestration and orientation of training of officers and men would remain the prime focus, he said.