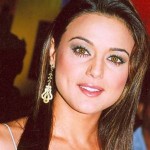 Shimla: Having carved out a name for herself in Indian Cinema, Preity Zinta, who grew up in Himachal has consented to don the mantle of a brand ambassador of her native state, tourism officials here disclosed.

Renowned actress Preity Zinta has in principal agreed to become the brand ambassador for Himachal Tourism and environment protection endeavours,â€ said Arun Sharma after the meeting.

The book documents the heritage of many private and public buildings, which have a untold story to narrate.

Ms Zinta beging well conversant with the states tourism potential is the most appropriate personality to act as the brand ambassador of Himachal, said Sharma.