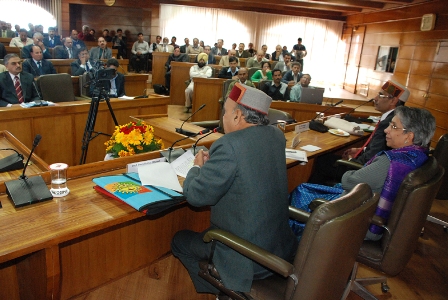 Space application centre to be set up

Making the announcement after hearing out a lecture by TP Singh, director BISAG, the chief minister said â€œgiven the potential of layering all kinds of developmental data with GIS mapping towards formulating planning right up to the grass root level, the government has approved setting up of AyraBhatta Geo-Inforomatics & Space Application Centre (AGiSAC).â€

â€œBased on the BISAG model, developed by the Gujarat government, the technology would first be adapted for application by the revenue, forest, education, health, agriculture, horticulture and rural development departments,â€ he said.

Earlier, Singh in his lecture by way of example showed that how by using land revenue data, layered with road, industry and other relevant data on a GIS map, identifying suitable land for the Nano plant in Gujarat was got done within hours, which helped the government to take an early and informed decision. 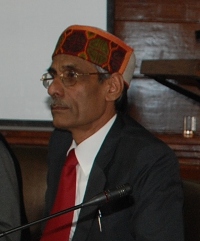 Speaking about the Gujarat experience in application of Geo-Informatics in development planning, the scientist said that a model developed by matching village levels revenue record maps (Scale 1:5000) with satellite imagery.

For concurring upon abase data spread, heads of various departments were asked to sit down together and sort out any discrepancies that encroached upon anothers domain.

After agreeing upon the data, it was pooled and entered into the model, which has enabled a map based plotting of hospitals, schools, watersheds, roads, forests, wastelands, NREGA works etc etc, he said.

The applications are numerous, with the user agencies being made partners in the project and manning and regularly updating the relevant data application to their department, said Singh.

The BISAG institute has the backing of chief minister Narinder Modi, who has visited the campus more than 50 times and the institute has become the first point of reference, whenever development planning for today or for the next 15 years is involved, he added.

Besides meeting the prerequisites of need based development, the project had also come handy in monitoring the status of different projects without having to visit the sites, he added.

Reacting to the presentation, senior scientist RK Sud said, ‘doubts about accuracy, if any, in the model developed are insignificant compared to the advantages of ready to use applications provided within the easy reach of a mouse click or on a mobile phone.â€