Project Concern International (www.projectconcern.org) honored My Himachal and Payson R. Stevens with PCIâ€™s Hands Across the Border award for 2010.

Thirty-five NGOs were on the 2010 Foundersâ€™ Honor Roll for demonstrating their commitment to lead positive social change around the world. A benefit dinner for PCIâ€™s 50th Anniversary was held at the Del Mar Fairgrounds on November 6, 2010.

The event also gave Honor Roll members of the NGOs a chance to discuss their work. 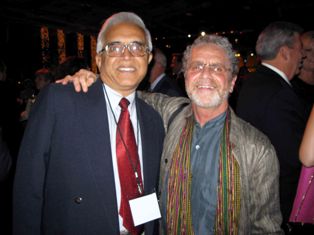 My Himachal and Stevens were also given this award in 2008.

Stevens also was invited to participate in the Social Entrepreneurship Forum on October 7, 2010 at the University of California, San Diego sponsored by Askhoka Innovators for the Public, Qualcomm, and The Gem Foundation.