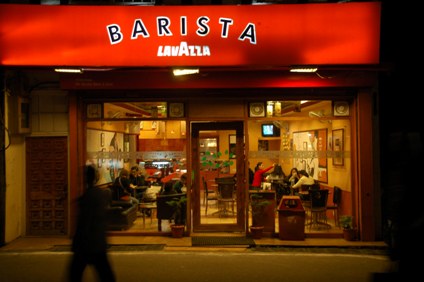 Shimla: Almost every day, for almost a decade now, I have seen the twilight zone unfold through the giant windows of the Barista coffee shop which looks into the Mall, Shimlaâ€™s famed magical street.

On freezing winter days while I sipped my steaming cappuccino I often saw the relentless northern wind blowing, whistling and bringing with it swirling snow flakes, and sometimes a blizzard on the street outside.

In spring there have been odd glimpses of the false winter, the cold wind, the sleet and the hail pounding outside.

Then, I have witnessed the brilliant sunshine of summer and the abrupt nightfall bringing with it the cool breeze from the snow clad Himalayan peaks in the distance.

Later in the year another season, I have seen the gathering low and dark clouds of the monsoon, bringing the swirling fog enveloping the Mall and the Ridge, so that I could barely catch a glimpse of lovers walking hand in hand on the street outside.

I have seen the cascading rain turning the winding street into a gushing torrent and flowing down the hillside,so that it evoked a tropical like scene from a Gabriel Garcia Marqez novel.

Later in the year, outside the window yet another mood of nature unfolded and I felt the quiet calm of autumn, sometimes stirred by the rustling dead leaves.

The festive and milling crowds of autumn make their way on the pine pollen powdered Mall.

Some of the walkers casting a tempting look into the brightly lit Barista and hoping to find a seat and sip the coffee and enjoy a stimulating conversation with family and friends.

Sitting here alone sipping the hot and strong coffee my mind has been mildly stimulated in a special way like only coffee can.

Under the influence of coffee there have been moments I have strangely thought of the great Ernest Hemingway living in Paris in the 1920s.

I have almost felt the life and energy of Paris, the greatest city of the twentieth century and the effect it might have had on Hemingway.

In those times in the 1920s, some of Parisâ€™s cafes were haunts where artists,writers, gypsies and vagabonds gathered into this grand city of Europe from across the world.

Hemingwayâ€™s immortal lines on Paris were,â€œIf you are lucky enough to have lived in Paris as a young man,then wherever you go for the rest of your life, it stays with you, for Paris is a moveable feast.â€ Hemingway recalled in his famous memoirs â€˜A Moveable Feastâ€™, published soon after his violent death half a century ago.

Shimla to me may never be the same again, as it has been for the last decade or so through those large untinted glass windows of Barista. This famous coffee shop will sadly close its doors for the last time at the end of this month and sink into the history of Shimla.