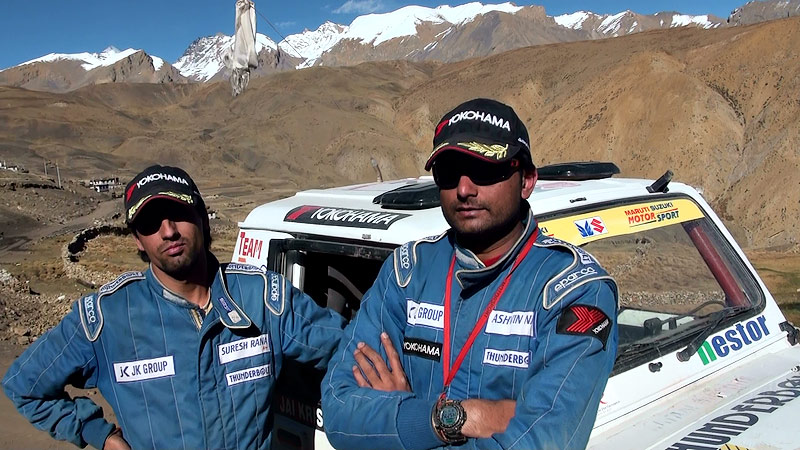 Shimla: Suresh Rana with navigator Naik in a Maruti Gypsy have been declared winners in the X-treme version of the 4 wheel category at the 12th Raid de Himalaya while Ashish Moudhgil is the winner among the motorcyclist.

In the 4 wheel Adventure Trial category it was Sanjay Takale with navigator Sancheti in a Mahindra Scorpio who are the winners of the grueling 6 day off road motorsport.

The final results maybe subject to revisions of technical clearances as all the cars and motorcycles are yet to make it back to Manali, said Vijay Parmar, president Himalayan Motorsport, the motor club which organizes the event.

The day was not without incidents as two motorcycles crashed leaving the riders with injuries. Suresh Babu, who was in second place till end of leg 5 suffered an leg injury and one other rider has suffered a broken collarbone.

The injuries are not serious; both the riders were timely evacuated and provided medical treatment, said Parmar.