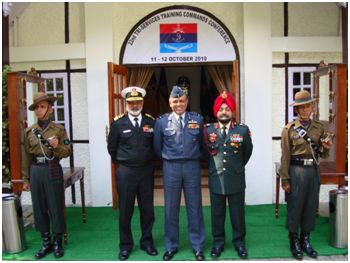 Given the conference’s objective of achieving the highest level of preparedness, in a joint services operational environment, Lt General AS Lamba – Commander Army’s Training Command (ARTRAC), said all future engagements would be short, intense and time-sensitive.

Unified action by the armed forces would hold the key for achieving requisite objectives, he added.

Speaking at the conference, Vice – Admiral KN Sushil, FOC-in-C Naval Training Command stressed upon the need for establishing joint training institutes for achieving better coordination among army, air force and navy so as to be better prepared for conducting joint operations.

Air Marshal VR Iyer, AOC-in-C, Air Force Training Command asked for speeding up the efforts being made to develop unified strategies of the armed forces in conflict situations. 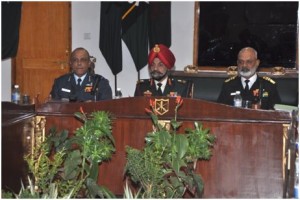 The conference also provided an opportunity to delve into joint training issues, determinants for change of joint training paradigm for the next decade and identify pragmatic solutions to meet the future needs.

Other than the three Commander-in-Chiefs for Training, senior officer from the navy, air force, army, and Headquarter Integrated Defence Services deliberated upon the emerging environment and challenges in training for future of the services, an ARTRAC spokesman disclosed.

The deliberation by the commanders was preceded by a working level meeting of all the three training commands and Integrated Defence staff, he added.