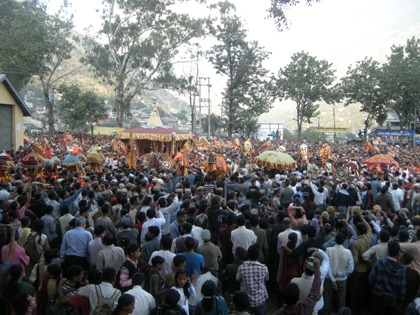 Speaking on the occasion, the governor said that the state was known as the land of Gods and Goddesses. Such deity culture was unique and was only found here, she said.

Stressing upon the need to preserve ancient traditions and culture, she said that these traditions linked the people with their past and helped the newer generations to learn as well as conserve them.

The week long International Kullu Dussehra Festival would also hold a folk dance festival in which cultural troupes drawn from various parts of the country and abroad would participate.

The Kullu Dushera, being celebrated since 1660, has drawn about 200 deities from various parts of Kullu valley, who have assembled at Dhalpur Ground to participate in the week long festivities.