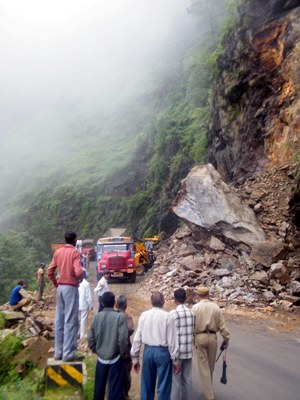 A weeks holiday for schools sought

Shimla: Widespread rains battered the state overnight and much of the day before giving some respite towards the evening, causing much damage to roads and disrupting drinking water supply schemes.

With life thrown out of gear and more rain forecast over the week, Communist Party of India (Marxists) (CPIM) has asked the education department to suspend teaching in schools for a week.

To reduce the risk for students attending school in such inclement weather, we have requested the principal secretary education to declare a weekâ€™s holiday, said Tikender Panwar, member secretary CPI(M)
Massive boulders coming off mountain slopes and landing on roads led to blockades at several places.

Traffic on national highway to Kinnaur was blocked beyond Rampur at Manglad Khad for several hours and Theog- Kotkhai state highway was blocked near Chaila for a couple of hours in the morning.

JS Rana, deputy commissioner Shimla said that while efforts to open the national highway were going on for the past 6 hours, traffic on the Theog-Chaila road had been restored.

Heavy rains in the middle hills continue to increase the inflows into several dams across Beas and Satluj River.

Dorjee Gyamba, director Water Commission Shimla said that the rains were more in the lower and middle regions of the state whereas in the Spiti catchment area, the intensity that was witnessed a fortnight ago has receded.

Filling up of the small diversion dam at Pandoh on Beas River in Mandi district is forcing Bhakra Beas Management Board that manages the dam to release water downstream like it is regulating inflow and outflow at Bhakra, which too has reached reservoir capacity. 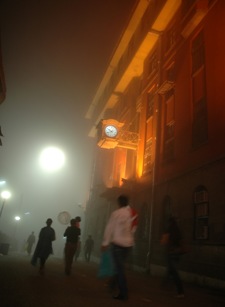 In the city here, trees getting uprooted and blocking roads in Sanjauli and Dhalli bye-pass road led to traffic disruptions. However, no loss to human life was reported.

Though the rains have been heavy this monsoon but historical data with Indian Meteorological Department for Shimla showed that against an mean average 335.1 mm of rain during the 1951-1980 period for August, the year 2003 recorded 558.6 mm.

Extreme weather recordings over an hundred year period showed that on 22 August, 1901 it rained 227.1 mm on a single day and the highest rain ever recorded in Shimla for the month was 1080.3 mm in 1906.