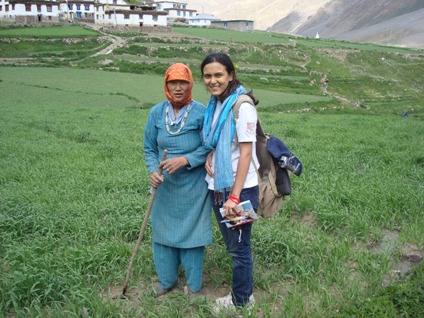 Shimla: Avantika Thakur, a 20 year old student of National Law School -Bangalore and who hails from Lahaul in Himachal has been selected to represent India at the 2010 Nkabom Commonwealth Youth Leadership Programme.

Avantika, an indigenous rights activist, is the sole representative from India for the program and was selected after beating stiff competition from over 500 other international applicants.

She will be part of a group comprising 28 diverse nationalities that will have 35 youth participants.

The Nkabom programme is a flagship project of the Royal Commonwealth Society (RCS), the oldest and largest NGO devoted to Commonwealth affairs. The word Nkabom (pronounced ink-a-bom) meaning coming together in parts of Ghana where the programme was first held in 2004.

In September 2010, thirty five young people aged between 18 and 25 from around the world with gather in Kigali, Rwanda for an interactive 10 day programme focusing on international understanding peace building and conflict resolution skills.

Rwanda, which is the Commonwealthâ€™s newest member state and where the average age in 18 years will be an ideal setting for an initiative that propagates the potential of young people to be agents of peace and development.

Reacting to her selection Avantika Thakur said, “I’m delighted to have been offered a place on the programme. I’m sure the Nkabom will reinforce my belief that cannot just be agents of peace  they can, in fact, be the charge themselves.”

Claire Anholt, RCS Youth Programme Manager said,  the standard of application received this year has been outstanding. The knowledge experience and perspective that Avantika will bring to the programme will surely empower her fellow participants to promote peace within their own communities and in the wider world.â€ 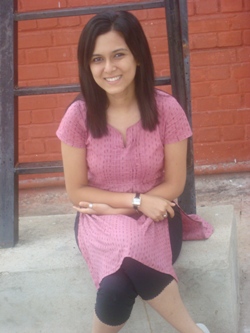 Avantika Thakur is currently pursuing a five year Bachelor of Arts and Law from the National Law School- Bangalore. She works with Agragamee, a local NGO that fights for tribal and indigenous people’s rights in mining induced displacement areas also with Spiti Ecosphere, an organization that works towards eco-tourism. She also works for university research centre on social exclusion. Avantika’s active involvement in debating and mooting helped lay the foundation for the National Law School’s first International Arbitration Moot Court Competition, now one of India’s leading contests.

The Nkabom Commonwealth Youth Leadership Programme actively engages young people in international issues, particularly conflict resolution, fosters friendships and encourages the exchange of ideas among people from diverse cultural backgrounds; developes a network of young leaders who can pioneer and revitalize peace-building initiatives in their communities, their countries and beyond is directed by young people themselves.

Founded in 1868, the Royal Commonwealth Society conducts a range of events and activities aimed at promoting international understanding. Its educational, youth and cultural programmes include one of the world’s oldest and largest school essay competitions and an innovative international youth leadership programme. Her Majesty Queen Elizabeth II is Patron.

Headquartered at the Commonwealth Club in London, the RCS registered as a charity in England and Wales, has 4000 members in the UK and a presence in 40 commonwealth countries through a network of branches and Commonwealth societies.