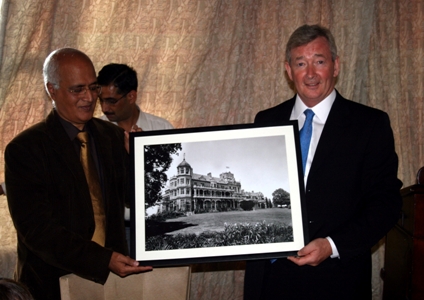 Professor Michael Driscoll, Vice Chancellor of Middlesex University, London would present these photographs to IIAS on 1st September 2010 at 11 a.m. at a small ceremony. These photographs would soon be put on display for the general public.

Besides Middlesex University, the Institute has also received seventeen photographs from The Bowood Estate of Lord Lansdowne who was second Viceroy to occupy the Viceregal Lodge in 1890 after Lord Dufferin. The Bowood Estate is at Calne, Wiltshire, U.K.