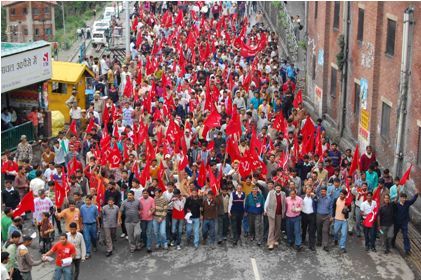 Shimla: Normal life was hit across the state as the separate bandh calls by BJP and CPI (M) over petro price hike affected traffic, schools, offices â€“ both government and private ones, and with markets remaining shut for the day, businesses took a beating.

Road traffic in Solan, Bilaspur, Kangra, Mandi, Una, Hamirpur, Kullu, Manali and other towns was disrupted. On the Shimla-Kinnaur highway traffic was disrupted at Theog and at Bhawanagar.

At BJP call, most Beopar Mandals enforced a shutdown of most markets in the districts.

Inspector General (law and order) SR Mardi said, â€œthe bandh passed of peacefully as there was no violence or untoward incidence recorded in any part of the state.â€

â€œTraffic was partially disrupted in some places but with the policeâ€™s active intervention, was soon resumed,â€ he added. 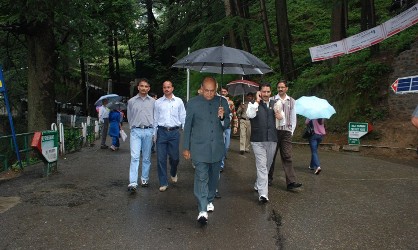 Markets in Shimla had their shutters down for the day, to avoid commuting inconvenience for students most private schools declared an unscheduled holiday and with road blocks set up in the wee hours, traffic was disrupted that forced even chief minister Prem Kumar Dhumal to walk down in rain to office from his residence.

The cities milk supply was affected as some transporters simply refused to risk supplying it unto retail vendors under uncertain traffic conditions.

With public transport remaining off the road, many officer goers who had to log in on time at the state secretariat that recently has installed biometric machines, reported late for work.

â€œThe overwhelming response to the Bandh is an expression of anger against the UPA governments polices and it should give up its obstinate stand and roll back petro prices,â€ says Tikender Panwar, a CPI (M) leader.