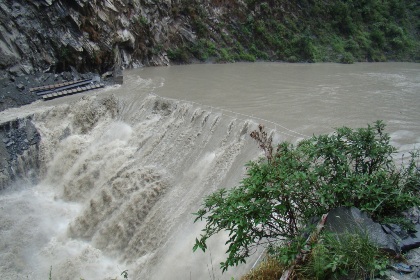 Chamba: Dam site of Chamera III project on Ravi River has sustained heavy damages because of the river being in spate due to the incessant rains in the catchment area over the last three days.

National Hydroelectric Power Corporation (NHPC) which is constructing the project has on a preliminary basis put the losses incurred running into crores.

A NHPC spokesman said that the damage to the dam site and other project areas was being assessed but it definitely in crores. 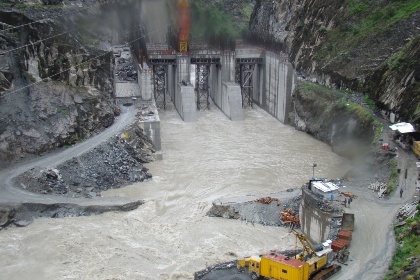 He said due to continuous rain water in Ravi River started rising at 9 a.m. on 7th July and subsequently submerged the upstream cofferdam, flooding adjoining areas and damaging equipments and plant material.

Equipments that have been damaged include batching plant, crushing plant, compressors and other equipments. 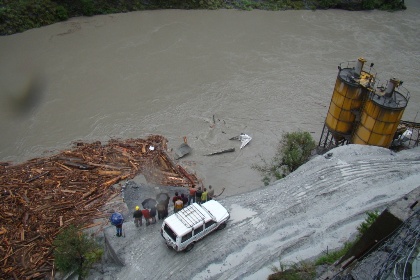 Besides the damage to equipments, access road to various construction sites have been washed away, the spokesman said.

Aggregates and reinforcement steel stored at the construction site too had been washed away.

However no one at the project site had been injured in the natural calamity, he informed.