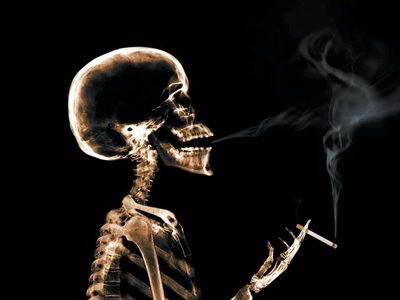 Shimla: Mounting cases of cancer, especially lung cancer, has radiation oncologists worried even though the government no smoking campaign has been able to contain smoking in public places and create awareness about the menace.

Concerned about the rising number of cancer patients, RK Seem, head of the Radiotherapy department at Indira Gandhi Medical College (IGMC) and hospital says, â€œincidence of cancer patients has been going up and we are getting about 1800 to 2000 fresh patients each year.â€

To reduce the backlog of 6 to 8 weeks for availing radiation therapy at the centre, the department is awaiting the Atomic Energy Regulatory Boards approval for starting a second cobalt machine that has been installed.

Whereas incidence of lung cancer was highest among males followed by head and neck cancers, GIT gastro-intestine tract (GIT) and genitory-urinary tract, in females it was gynecological cancers, mainly cervix cancers followed by GIT and breast cancers, he said.

About 95 percent of lung cancers and 70 % of head and neck cancers in males can directly be attributed to smoking, said Seem.

The last five year register has about 16000 cancer patients treated or being treated at the centre. 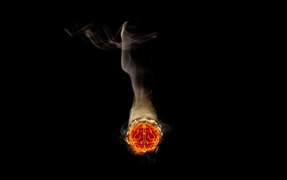 Ashok Thakur, a social worker from Kangra says, Shimla being the only cancer centre in the state, many patients from populated districts of Una, Kangra, Hamirpur, Chamba and others because of proximity to Punjab and Chandigarh head out of the state to get treatments.

He went onto say that even though Tanda Medical College – Kangra was fully functional but a radiotherapy department had not come up, â€œdepriving a large number of critically ill patients treatment at a stage when most required.â€

Sources reveal that the union government has sanctioned Rs 150 crore for upgrading facilities at Tanda, and Rs 43 crore was marked for starting the radiotherapy department.

Manpower shortage, especially the need for radiology safety officer had potential to derail cancer treatment in the state because the officer was solely responsible for permissible radiation levels at all centres.

About cervix cancers in women, Seem says that early detection enabled complete cure from the dreaded disease but patients reporting in stage III and IV have less chances of survival.

He said that a simple and affordable pats smear test of every woman during a gynecological examination needed to be made compulsory for early detection and cure.

World Health Organization reports say that global smoking rates was rising as the tobacco industry was increasingly targeting females in their campaigns.

With a sweeping smoking ban in Himachal, a government spokesman stated that a state level coordination and monitoring committee was monitoring the ban on smoking in public places.

The H.P. Prohibition of Smoking and non-smokerâ€™s Health Protection Act 1997 is being implemented in the state under which smoking is prohibited in public places and all advertisements showing tobacco products is banned, he said.

The smoke-free campaign has met with success in Shimla as a survey by HP Voluntary Health Association (HPVHA), an NGO claims that of the 187 public places including hotels, colleges, hospitals bus and taxi stands surveyed in May 2010, as many as 97 % were smoke free zones.

Narender Sharma executive director HPVHA says, â€œWe are working to declare Shimla as a smoke free city.â€ Punitive fines (as many as 2000 people booked in 2009) has had the desired effect, he added.