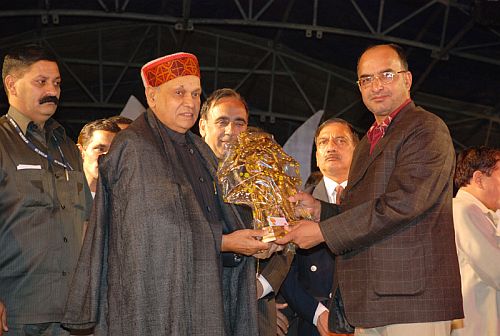 Earlier the event was dominated by big names from our bollywood industry who were hired to perform at the event. But now the Summer Festival Organising Committee have decided to slash down the costs by inviting budding artists, which somehow is not able to attract more local audience. For tourist it becomes an extension of night life. Locals instead of coming to the Ridge to watch the show prefer to be at home and watch it live telecatsed on their television screens.

The event projects the rich tradition and culture of Himachal Pradesh.

The 5-day long Summer Festival will continue till the 6th of the month.