My genes have changed…I canâ€™t sleep beyond 6:30 and my body is toning itself with each ascent I make. Today, I attend my 1st ever Press conference which is to be attended by a renowned scientist, Dr. PM Bhargawa whoâ€™s the father of Micro-Biotechnology and Genetic engineering in India. The traffic jam on the way to the local bus stand was horrendous and what should have been a 15 minute journey ended up taking almost half an hour…which reminds me that I should write about the traffic and parking issues in Shimla. The problem with the governmentâ€™s planning is that itâ€™s unidirectional like a horseâ€™s vision…failing to look beyond the near future. As it is, the future is relative now-a-days…remember the pager and dial-up? That was the future in the recent past…look at where we are today!

The strange thing that occurred at the Press Club was that I didnâ€™t feel out of place at all amidst the tightly knit journalistic circle and comfortably took my place. Entering into a debate with Mr. Umesh Dutt, head of an Ngo working in the agricultural sector proved entertaining…he stated that journalism canâ€™t be taught in schools and colleges… â€œJaa…tu bhi PHD leke lakho me kamaa…jaa…bas wahi irada lekar bacche jate hein aisi schoolo mein.â€ I defended my views and beliefs satisfyingly by which time Dr. Bhargawa arrived and the discussion began. What ensued was an enlightening session on the harmful effects of GM crops and how the MNCâ€™s, bureaucrats and government have built a nexus of monopolizing agricultural products. I was privileged to be able to speak to Mr. Bhargawa extensively on different inter-related topics like the Green revolution, Genetic engineering and the moratorium that needed to be implemented.

After the discussion, there was a press conference attended by almost all major media houses which was succeeded by an appetizing lunch. I left the place to draft the news report instantly and sent it to my boss so it could be posted on the net before the next dayâ€™s newspapers. Reflecting on my bossâ€™s and Mr. Duttâ€™s words…the field of journalism is actually a completely different ball game from what weâ€™re taught…while we have the information and know-how as well as the skill set to write a piece, nothing can prepare us for the time constraints and pressures of being in two places at once while prioritizing sending out whatâ€™s been completed as soon as possible!

I walked across Mall Road for the umpteenth time…but this time it was different…I felt proud; yet, humbled…On the suggestion of my HOD…my role model…I visited a place called Indian Coffee House…if you havenâ€™t visited the place, Iâ€™d strongly recommend it…the food is cheap and more importantly…yum! I also bought Apple wine on his suggestion; wrapped in a paper to avoid detection. I made my way back to the hotel. Opened up the package to be perplexed by the barrier that lay in front of me… a cork around the bottleâ€™s neck… After ten minutes of frustration…I still hadnâ€™t gotten anywhere… so I go down to the hotel lobby and the entire kitchen staff started working on it. We tried everything from knives to screwdrivers to forks to pliers…in the end someone came up with the novel suggestion of breaking the top of the bottle…so we did! And there it was…2 glasses of mild yellow, rotten smelling apple wine…I carried it like a sommelier would to my room and took a sip…

Ok…not at all what I expected…it tasted like a stale mixture of Appy fizz and rum…not exactly my cup of tea (or cup of wine…?)…I guess my taste buds need to get accustomed to the tingling of wine…I down a glass but thatâ€™s as far Iâ€™ll go…the other lies wasted as I doze off into a contented sleep…

I have a dream that Iâ€™m being mugged…and thatâ€™s my only fear in the world right now…I finish writing off yesterdays entry and start working on editing the pictures Iâ€™ve clicked…the process is a lot of fun…if you havenâ€™t tried it…try downloading a software called Lightroom, itâ€™s definitely worth it! Since, I still havenâ€™t done any work by afternoon; I get up, get dressed and walk to the top of the hill The brilliant thing about Shimla is that wherever you walk, you eventually end up in the same place-Mall Road! 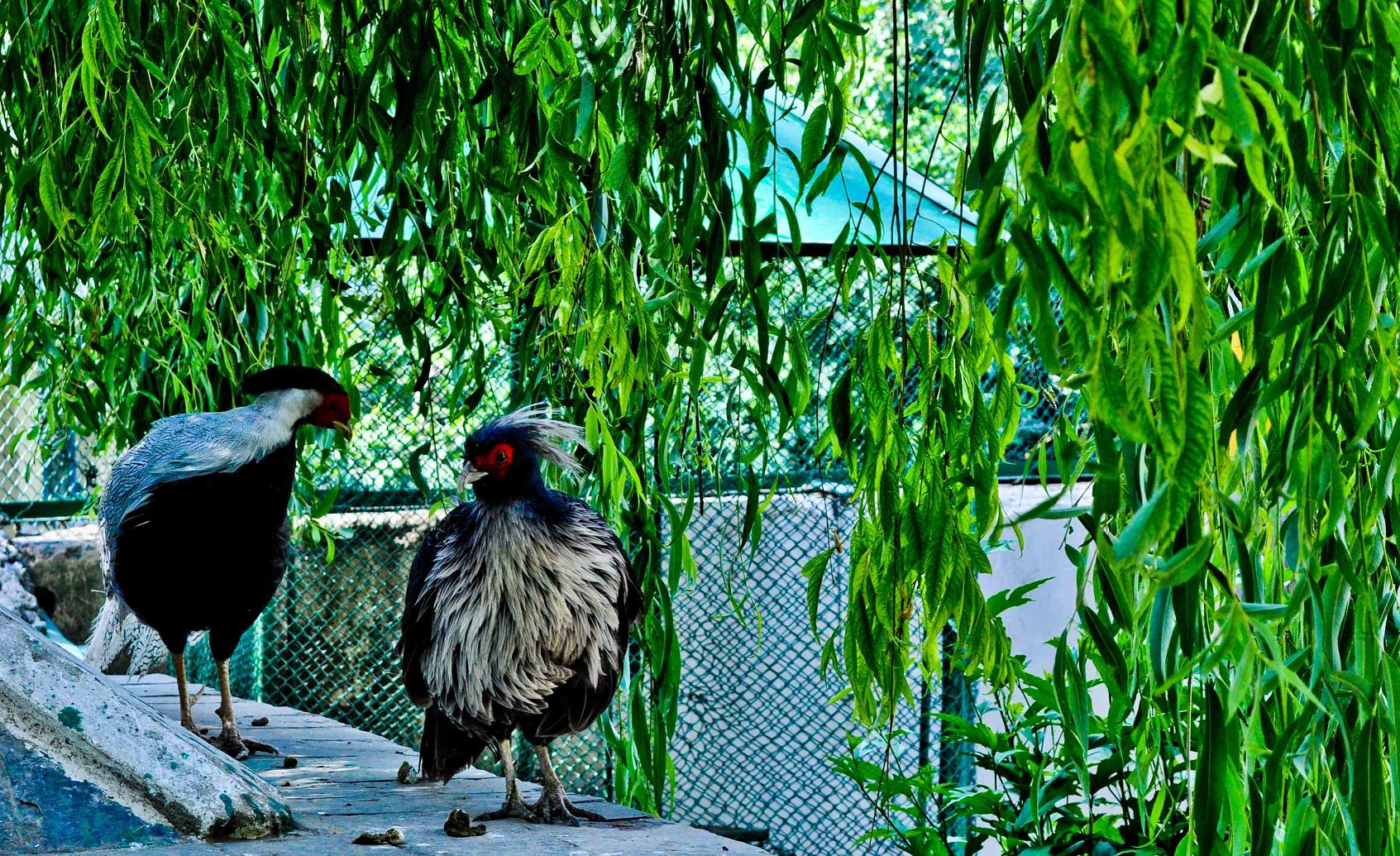 On the way (it took over four hours to cover)I came across a bird house and attacked it with my camera…whether I was more scared of the wildly flapping birds or they of me as I attempted to get closer is still a mystery! Now, I understand why so many people love their telephoto lenses! Satisfied by my visit, I kept walking…stopping occasionally to click pictures on the way…I reached a sign stating Himachal State Museum…Since, I was already there, it would make sense to do a photo story on it, right? The place is very refreshing if youâ€™re a history buff!

The museum is actually an old Victorian house with over 10, 000 antiquities and artefacts and proved to be a good investment for the 50 bucks I paid as the entrance fee for the camera. The only problem was that most things were in a glass exhibit…anyone who has clicked pictures would understand my plight trying to capture images from an angle that would prevent the harsh light from being reflected. While Iâ€™m clicking I get a call from the Head of the NGO Iâ€™m interning with…Mr. Avnish Katoch…Iâ€™m pleasantly surprised and begin chatting with him about the work Iâ€™m currently doing and what I may be doing in the future. For now, Iâ€™m planning to attend a rural health camp near Kullu and help out with the work over there. Mr. Katoch, very kindly offered me his place to stay in Dharamshala as well! Iâ€™ve always wanted to explore places…now Iâ€™m truly getting the opportunity while working simultaneously!!!

I walk down the hill again and think what I could do next…since I was also supposed to do a report on the traffic problems, I thought why not make a video out of it. It may not turn out good, but at least itâ€™ll pass my time and get me familiar to shooting. I set up my tripod and became the centre of attention of a lot of people. The tripod wasnâ€™t helping much and the increased attention was discomforting, so I start shooting manually…

I walk for a long time, shooting random things till I reach the bus stand and hop on to a bus. I didnâ€™t even bother looking at the place where it was going…On the bus, I met a friendly man, who seemed interested in my camera and we got to speaking about why I was there…later I gathered that he was the Principal of a school. I was asking him stuff like where Iâ€™d get the most traffic, etc…issues basically…what he asked me back is why am I only trying to show the negative aspect…I retorted that Iâ€™m showing both the good and bad while highlighting the bad which was only partially true…after all, if there is no issue, what would I make the documentary on? At least, one thing he taught me is to be neutral in my stance, whatever the outcome! Incidentally, he said that he had come across another journalist in the morning. Who else would that turn out to be but my boss, Mr. Makhaik! The world is indeed a small place! I get back home tired by the dayâ€™s work…no time now to see the rushes Iâ€™ve filmed…thatâ€™ll have to wait till tomorrow…for now…Iâ€™m going to dream of someone I love!

I wake up with a heavy load of work to be completed. Since, I finally have my net connect, itâ€™ll at least help me in my work…only problem is the temptation of doing other things as well (No, I havenâ€™t played DOTA since the time Iâ€™ve left Pune and I donâ€™t think Iâ€™ll be able to any time soon.) I edit all the pictures I clicked yesterday, chat with a lot of people…the balance on my phone now reads 0.1 Paise which effectively means that I can only receive messages from people now…Iâ€™m feeling too lazy today to go to the market to get a recharge. I prepare the museum report with the pictures, update this entry and Iâ€™m in the mood for writing poetry so I write on the hills with a metaphor for life…Since, I have finally completed most of my endeavours, I can finally get to editing the videos…letâ€™s see what turns up…