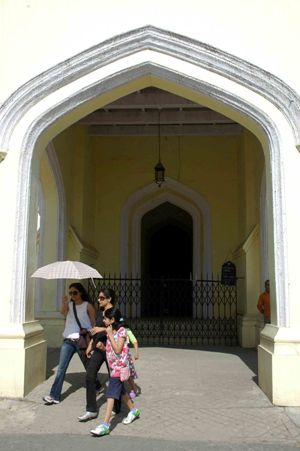 â€œAt 32.4 degree Celsius, a departure of 8.3 Celsius from normal, it is the highest temperature ever recorded by Shimla meteorological station,â€ said Manmohan Singh, director of the station. The earlier record high was 31.7 degree Celsius recorded on 20th May, 2004, he added.

The met director disclosed that the Shimla weather observatory was established in 1840 at the Viceregal Lodge that now houses the Indian Institute of Advance Studies. â€œItâ€™s only temperature recordings of the last twenty years that new highs are being made,â€ he said. On Wednesday, the dayâ€™s high was recorded at 30.9 degree Celsius.

Later the weather station was shifted to the Central Telegraph Office (CTO) building on The Mall and before the observatory was shifted to Central Potato Research Institute- Bamloie in 1989, which is at a lower altitude location, the highest temperature recorded in the city at the older station was 30.6 degree Celsius on 13th June, 1932, Manmohan Singh disclosed.

The dayâ€™s high temperature took a toll as mid-day life in the city came to a standstill. Tourists and residents chose to stay out of the scorching sun that strikes harder in the hills because of altitudinal effect. 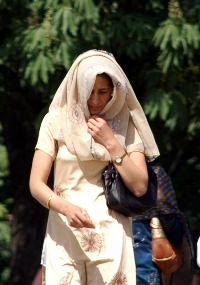 Stores that tend to remain open for longer hours during summers in order to cater to tourists took a longer lunch break as the shopping arcade â€˜The Mallâ€™ bore a deserted look.

An uncomfortable Harpreet Singh said, â€œRunning away from the heat of Delhi is not much of a relief here.â€ Shelving plans of staying longer, he said he intended to head out for Sangla Valley in Kinnaur to enjoy the forced summer break from work.

An octogenarian apple orchard owner, Rattan Chand observed, â€œHaving lived over eighty summers, they are getting hotter and hotter as I advance in age. This summer is certainly one of the hottest one.â€