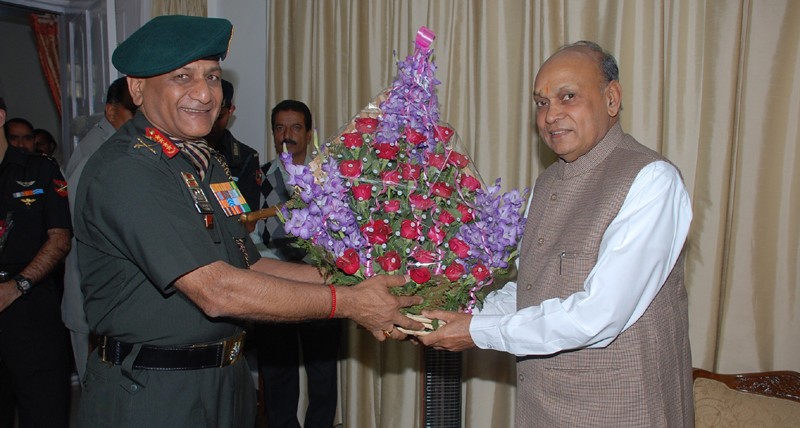 Lieutenant General AS Lamba who heads ARTRAC briefed the visiting army chief about the pathâ€“breaking approach to transformation in training by implementing the â€˜Systems Approach to Trainingâ€™.

ARTRAC, which trains the army for future conflicts, in all has 28 training establishments operating under it. The army chief asked the command officers to evolve viable training philosophies and develop security strategies for the armed forces.

In honor of the army chiefâ€™s visit, a Rajput Regimental get-together was organized wherein retired and serving regiment officers and their spouses from around Shimla were invited by the army commander at his residence â€˜The Retreatâ€™. The general wife Bharti Singh interacted with Regional Family Welfare Organisation and the Ladies of ARTRAC.

During the visit the chief and his wife also visited a few heritage sites including the Sankat Mochan temple.