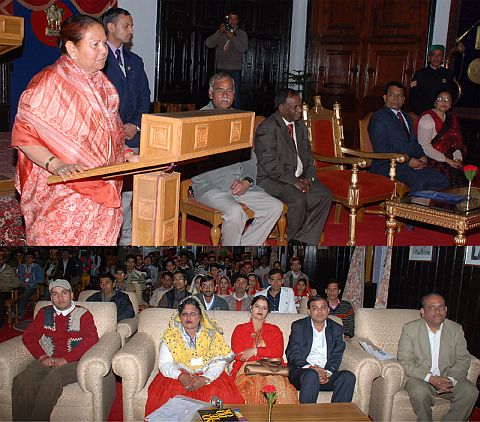 Shimla: Speaking over the concluding ceremony of the National Integration camp, Himachal Pradesh Governor, Urmila Singh, requested the youth to channelize their energy for nation building purposes like water conservation, environment protection, MANREGA programme and other developmental programmes launched by the Government. She also insisted youth to participate in social works for the welfare of common man.

The camp was organized by the National Service Volunteers of Nehru Yuva Kendra (NYK) Sangthan of Jammu and Kashmir, Andhra Pradesh, Haryana, Punjab, Rajasthan and Himachal Pradesh, at Shimla from 16th February to 22nd February, 2010 and called on the Governor today.