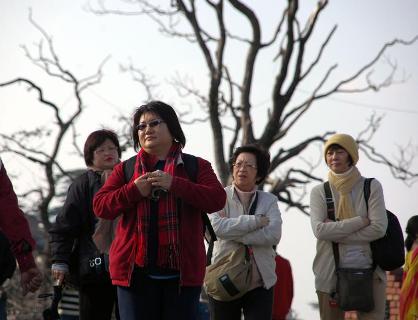 Shimla: With another swine flu death reported here today and the imprint of the disease having been reported from Kullu, Kangra, Solan, Una and other parts of the state, a shadow has been cast on the approaching Christmas-New Year festive week ahead when crowds throng hill stations.

Nagesh Verma, director health confirmed another death from Swine flu at IGMC medical college and hospital today. He said â€œin all six Himachal residents have died from Swine flu, four within the state and two out of the state.â€ The fifty plus man was admitted on Tuesday morning and by night he had died, said Verma.

As far the mapping goes, the cases reported include 2 from Bilaspur and Kangra, one each from Kullu and Mandi, 9 from Solan and 7 from Shimla, said Mehta.

Movement of people along border areas and cold conditions are spreading the disease into areas where it was not reported earlier, said the health director.

Over a video conference, all district health officials have been asked to gear up their rapid response teams, asked to procure ventilators and take all precautions for tackling any outbreak, he added. 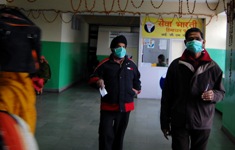 The dreaded flu is believed to spread more in cold conditions and pregnant ladies, children and people over 60 years are considered among high risk categories.

Impact of the disease on travel industry is being felt as an query with Himachal tourism revealed that though there had not been many cancellations but the overall bookings were definitely lower than last year.

The state government has asked the health department to ensure that all the hoteliers display the Swine Flu Toll Free Number 18001808004 in their hotels.

â€œWe have taken necessary precautions,â€ says Ajit Butail, a leading hotelier adding that the do and donâ€™ts put out by the health authorities for the hospitality sector are being given adhered to.

The New Year fever is catching on and itâ€™s a question of social responsibility over economic considerations. The health officials do assure us that necessary testing and treatment centers have been set up and they are prepared to tackle any eventuality, said Butail.

The Christmas-New Year week is the peak of the winter tourism season for most hill stations where rooms normally are not available even for a premium.