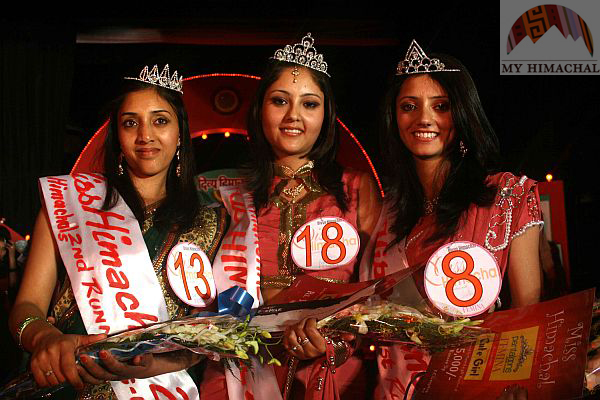 Vinni Ghazata (in Right) was First Runners-Up and Sukriti Bhardwaj was crowned as Second Runners-Up at the Gaiety Theatre, Shimla.