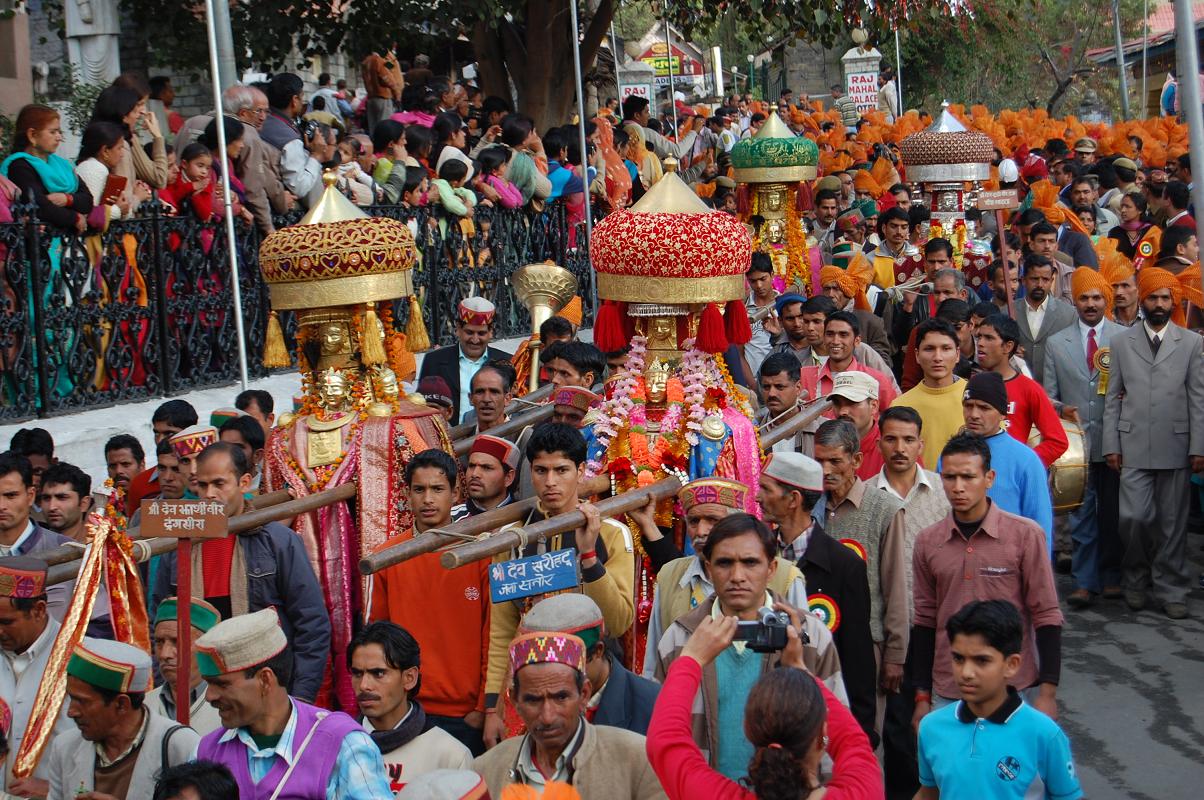 Shimla: Week-long Mandi Shivratri fair to begun from 13th February. The festival commemorates the holy marriage of Lord Shiva and Parvati with ritual gaiety at the famous Bhootnath shrine.
Fair is unique congression of gods and goddesses alongwith cultural bonanza.

The Shivratri Fair is being celebrated since founding of Mandi town in 1526 during the rule of Ajber Sen.

A Shoba Yatra (holy procession) marks the beginning of the fair, in which the images of gods and goddess are carried in palanquins. Accompanied by folk band, the gods and goddesses make their first stop at Madho Rai temple, the presiding deity at the festival and then march towards Bhoothnath Temple to pay their obeisance to Lord Shiva.