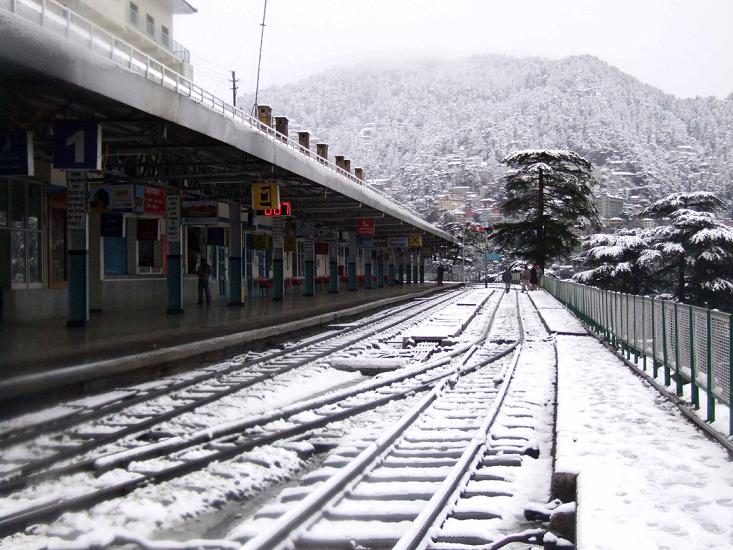 Shimla: Controversy over the shelf life of Himalayan glaciers apart, farmers, municipal authorities and small hydropower generation concerns in the region are deeply worried as deficient snowfall for the second consecutive winter slowly begins to seep in.

Even as meteorological director for Himachal, Manmohan Singh forecast rain and snow over the next two days, he pointed out that there was a precipitation deficiency of 80 percent in the current winter season.

Less snow over the winter means water shortages in the summer,â€ says Mukesh Hira, municipal engineer of Shimla who overlooks the daily water supply for the city.

The entire water supply system of the city relies on streams that feed on seasonal snow through the summer before the monsoon recharges supplies, he said.

Less precipitation over the past two months has reduced hydropower generation in plants put up on seasonal streams drastically. A 120 MW capacity power plant on Bhava stream generating as low as 20 MW; a 22.5 MW plant on Ghanvi stream was generating 2.5 MW and a 2.5 MW plant of Nogli stream was producing only 500 KW of power.

A mini hydropower plant operator in Kullu valley disclosed on conditions of anonymity, â€œdue to less snow and rain in 2009, we recorded low generation in our plant.â€

Senior scientist RK Sud, with the state council for science technology and environment who monitors snow hydrology closely says, â€œgeneration in power plants dependent upon streams fed by seasonal snow could get impacted because of less snow during summer but generation in plants on perennial rivers will not be affected.â€

Farmers find themselves trapped in the changing weather cycle. â€œFor a temperate plantation crop like apple, snow is essential,â€ says Kailash Thakur, an orchard owner in Theog. â€œLast winterâ€™s deficient snow resulted in very low productivity and a repeat this winter could permanently scar the states fruit bowl. Many may have to look for alternative livelihoods,â€ he said.