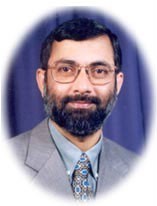 Following transfer of Justice Jagdish Bhalla as chief justice of Rajasthan High Court in August, 2009, Justice RB Mishra, the senior most judge has been the officiating as the acting chief justice of Himachal, since then.

Born November 1952, he graduated from the Kerala Law Academy, Thirunavanthapuram. He began his legal practice in 1979 and was designated as a Senior Advocate in 1996. Justice Joseph was appointed as Additional Advocate General of Kerala from 1994 to 1996.

He was appointed as a judge of the Kerala High Court in August 2000 and has been the Acting Chief Justice after taking over from Justice S.R. Bannurmath who retired on January 23 last month.