Shimla: Today, was the longest Annular solar eclipse of the millennium, and the longest until December 23, 3043, with a maximum length of 11 mins and 7.8 seconds.

Though the eclipse was partially seen in Himachal Pradesh, started at 11.53 a.m. and end at 3.11 p.m, still a large number of skygazers gathered at the Ridge, Shimla, to take a glimpse of the eclipse in the clear sky. The maximum eclipse of 53 percent was at 1.39 p.m.

Eclipse was visible as a partial eclipse in much of Africa, Eastern Europe, the Middle East and Asia. It is seen as annular within a narrow stretch of 300 km (190 mi) width across Central Africa, Maldives, South Kerala (India), South Tamil Nadu (India), North Sri Lanka, parts of Burma and parts of China.

Photos from Shimla by Amit Kanwar 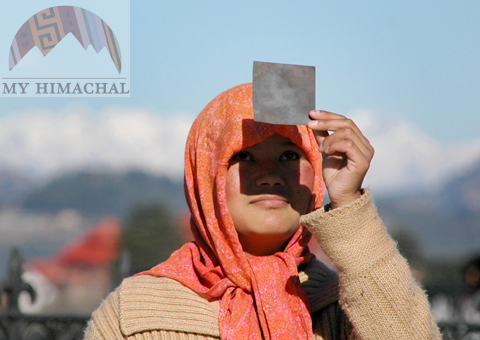 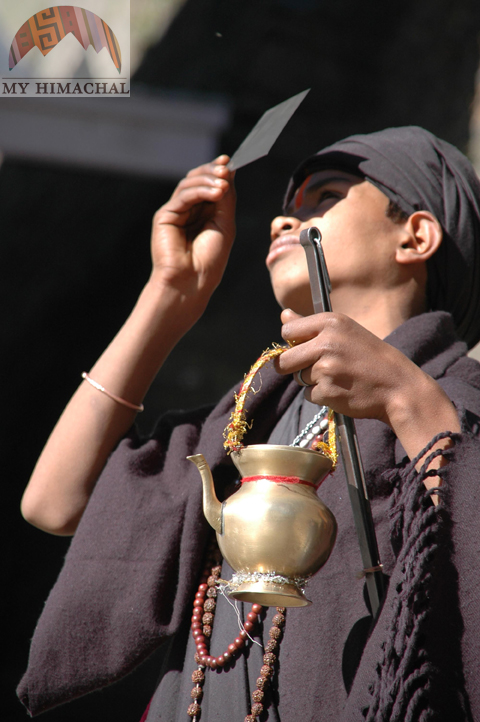 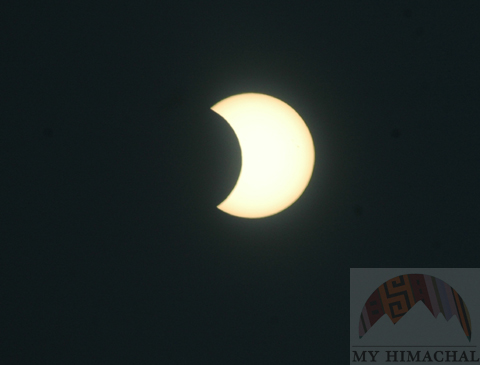