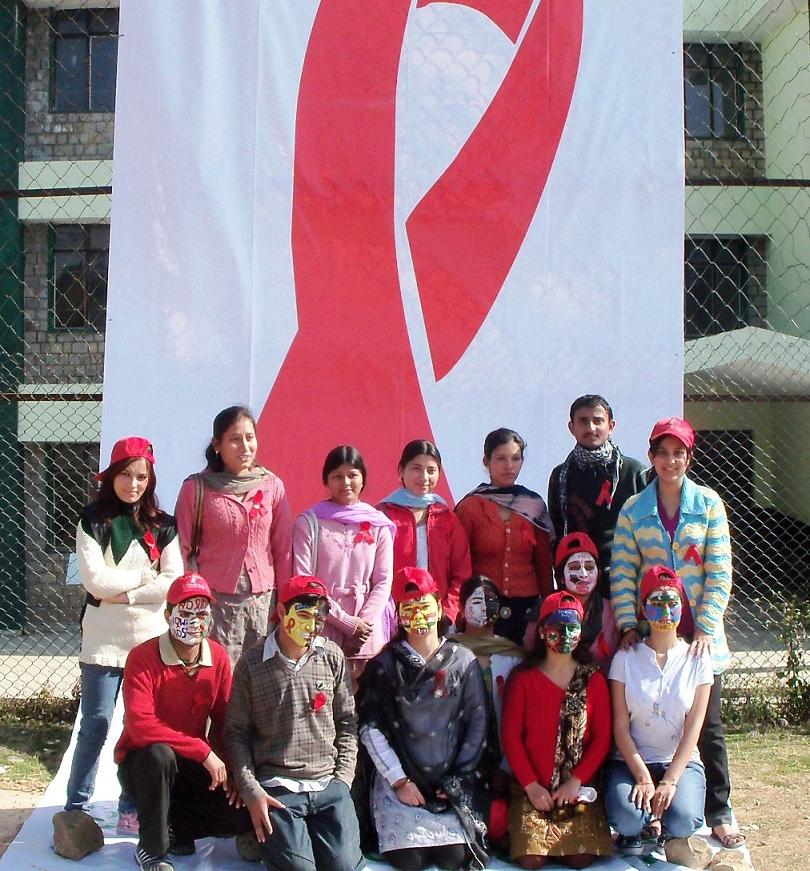 On this occasion District AIDS Project Officer Dr RK Sood shared the importance of wearing the red ribbon. He told the youth that the Red Ribbon is the global symbol for solidarity with HIV positive and people living with AIDS and it unites us in the cause. He further stated that HIV/AIDS is a problem of youth, youth are vulnerable to this infection due to risk taking and misconceptions. The 20-20 campaign is novel attempt to raise awareness and promote behaviour change, increase risk perception and motivate youth go know their status though cricket, rural sports and various contests. 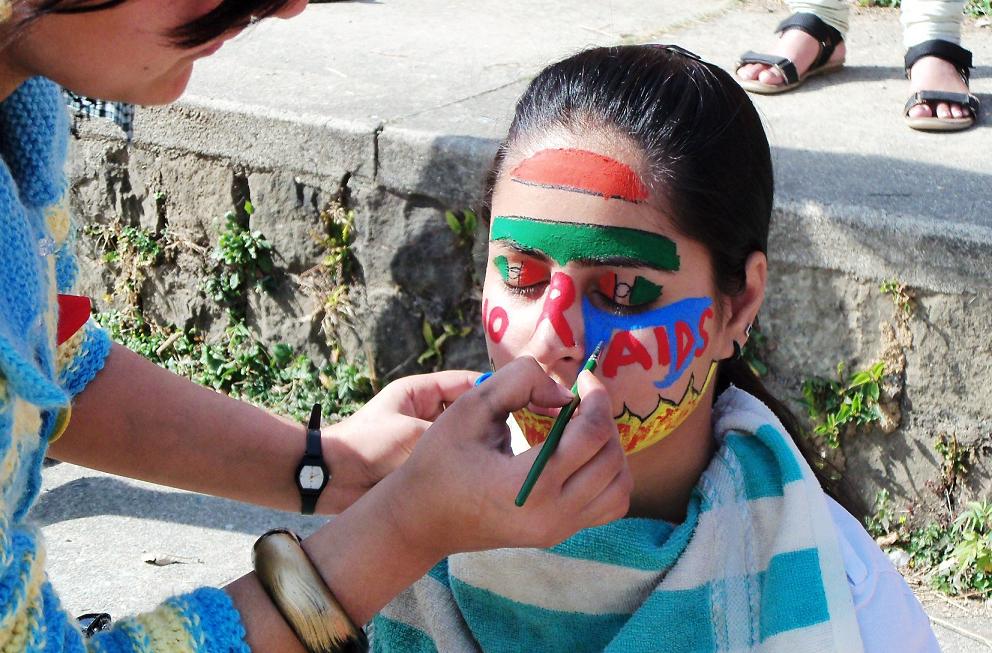 The theme of 20-20 campaign is Dum Hai To (If you are bold) inspiring and challenging youth to be more open and bold – To talk about HIV/AIDS – To know your HIV status -To call 1299 and clear the doubts (Free helpline BSNL)- To take care of HIV +ve members – To accept HIV +ve peers as friends – To say no to negative peer pressures – To say no to marriage without knowing the HIV status of their future partners.

The Red Ribbon Club Scheme aims to reduce new HIV infection among youth by raising their risk perception through awareness on Sex, Sexuality and HIV & AIDS and induce among youth the spirit to help and support people living with HIV/AIDS (PLWHA) thereby reducing stigma and discrimination against PLHWAs. It also endeavours to motivate youth and build their capacity as peer educators and change agents by developing their skills on leadership, negotiation, and team building. 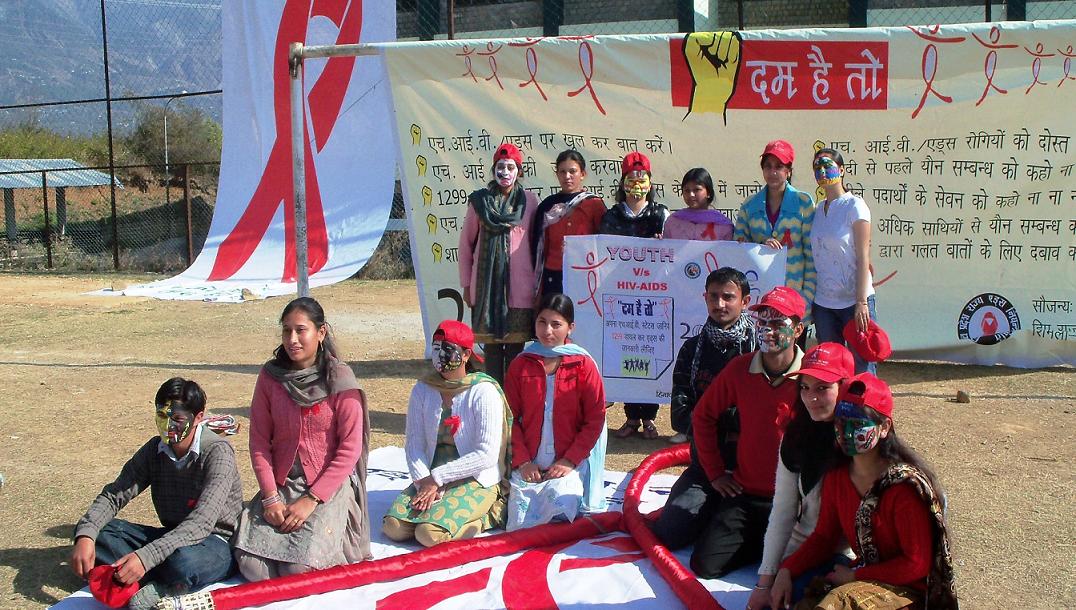 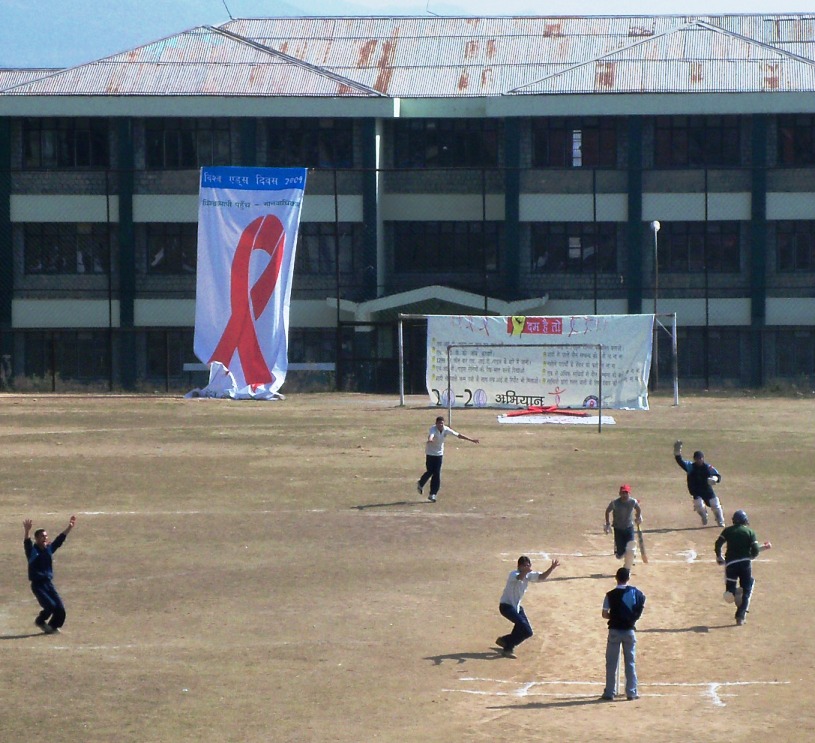 We all need to learn our HIV status- if we are negative we can be relaxed and take precaution for future to remain negative. As there are no symptoms of HIV infection for a long period, the only way we can know our status is through a blood test. If we test positive we can avail the benefit of free treatment, which is available at Shimla and Hamirpur, and live long & healthy life with Anti Retroviral Therapy. The test is totally free of cost and confidentiality of person getting tested as well as report is maintained. The awareness is also translating into increased uptake of services. People are coming forward to get tested and over sixteen thousand people have availed the free and confidential HIV testing facilities in ICTCs in the District this year so far.