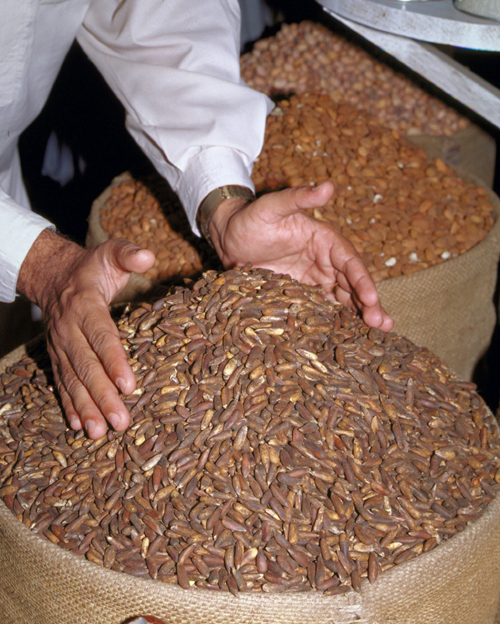 With the private company allegedly violating both tribal land laws and forest act, Narender Negi, panchayat pradhan, Rispa over phone said, “neither was the government intervening nor was the contractors paying heed to the objections being raised by the resident villagers.”

“With over 2,000 trees already damaged the construction company has already exceeded the 1261 number of trees that were permitted for the project,” he said.

Following the rising protests, the divisional forest officer and the additional district magistrate are scheduled to make a spot visit on Tuesday. “We intend to record our side of the damage being done before the visiting officials,” said Narender Negi.

Work on the 100 MW Tidong I project began in June and the Kinnaur villagers have raised objections, and held demonstrations against the violations taking place. The issues did figure in the local area development committee (LADC) meeting on 30th November.

Forests of Chilgoza (locally the edible pine is called Neoza) are highly valued in Kinnaur for not only are they part of community ownership but also provide livelihoods means as one tree produces about 10 Kgs of Chilgoza annually which fetches about Rs 3000/- for the villager.

The clouds of dust and rolling boulders causing heavy soil erosion has damaged our local environment badly says Bhuvneshwar Negi, president of Paryavaran Evam Van Sanrakshan Samiti, a local NGO. “Damage to these rare trees, which are only found in parts of Afghanistan, Kashmir and Kinnaur has threatened our livelihoods,” he said.

RS Negi, a retired IAS officer who heads Him Lok Jagriti Manch says, the government does not support us who are fighting climate change on the ground but holds big conferences in cities in order to demand and pocket green bonuses.

The power company executing the projects while owning up for some damage to trees where road construction was taking place say that the issue was being exaggerated.

BD Sharma, general manager Tidong project said, “trees on the forest land that has been diverted for construction of the project are to be felled by the HP forest corporation. Some trees where road construction is taking place have been damaged but not as much as is being made out.”

When contacted, Vinay Tandon, principal chief conservator forests said, “as the matter has been brought to notice, the damage reported will be assessed and if violations are found action will be taken.”