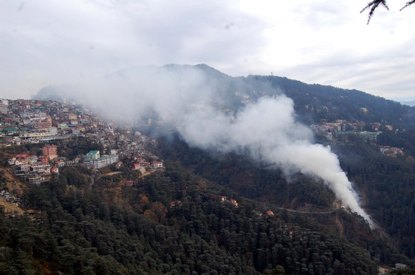 Shimla: An ambitious Rs 3900 crore urban renewal plan to spruce up JNNURM mission city Shimla that largely still depends upon infrastructure created during colonial times, has proved a damp squib as no major project to improve roads, transportation or waste treatment has been implemented.

“Land remains a major constraint here,” says Rajneesh Kumar, director urban development. “We are making progress and the progress is slow,” he added.

Sources revealed that to ease traffic congestion, work on the three of four tunnels that were proposed to cut through the hill connecting the south side with the north and one to ease the traffic flow to Shimla East (Chota Shimla) where the government headquarters are located, in three years have no gone beyond the survey and investigation stage.

Estimated to cost hundreds of crores and considering the rule of proportionality in size and city population under which funds thorough JNNRUM are devolved, it would be very difficult to secure funding for these projects, said an engineer who is privy to the project proposal. For a city development plan, cumulative proposal worth Rs 3900 crore were for funding under the program.

Rajneesh said, “HIMUDA (Himachal Urban Development Authority) is the nodal agency under the program and work on one tunnel near Auckland House is in advanced stages of construction.”

Housing projects for the urban poor have been delayed because of non-availability of land, he said. While an amount of Rs 24 crore for Ashiana I was being spent for constructing housing for urban poor in Shimla, land was yet to be identified for Ashiana II project, he added. 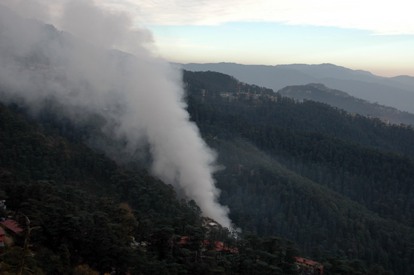 Sources disclosed that a Rs 16 crore waste disposal plant for Shimla stood approved, land has been identified but yet the project had failed to get off the ground. “There is resistance to the plant by people living in the vicinity,” says the director.

The city has wasted an opportunity to improve its infrastructure, says Shirinivas Joshi, a retired IAS officer and an old time resident. Other than some buses under purchased under JNNRUM plying, there is nothing visible.

The small Auckland tunnel has not become functional in two years, a proposed large parking near IGMC hospital is nowhere to be seen and the garbage system of Shimla still needs a proper disposal system, said Joshi.

A total of 63 cities, including Shimla were selected as mission cities when the program was launched by Prime Minister Manmohan Singh in 2006.