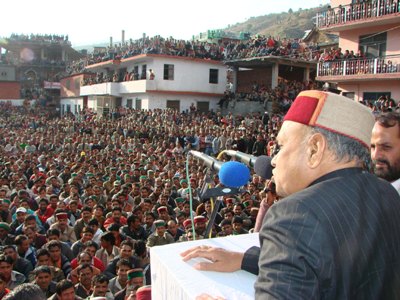 Shimla: Congress was unable to retain its bastion Rohru, a seat that it was dominant on since 1990 when Virbhadra Singh the sitting chief minister decided to contest from there, winning the seat five times in a row.

Having lost four elections consecutively to his stronger adversary, Khushi Ram Balnahta after completing of counting today was declared winner from Rohru defeating greenhorn Manjit Thakur by over 8,473 votes.

Balnahta polled a total of 27,705 votes, where his rival Manjit managed to muster a support of 19,232 votes. 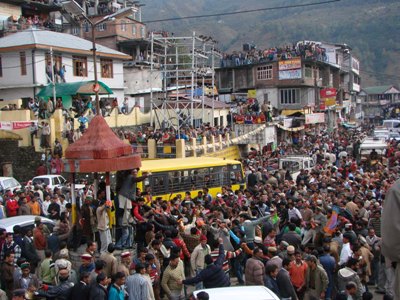 The seat witnessed a keen electioneering with chief minister Prem Kumar Dhumal and half a dozen of his cabinet colleagues camping in the constituency in the final round of electioneering, whereas for the congress union steel minister Virbhadra Singh and state party president Kaul Singh led the campaign to retain the seat.

The seat had fallen vacant after Virbhadra got elected to parliament from Mandi and had to vacate the assembly seat. 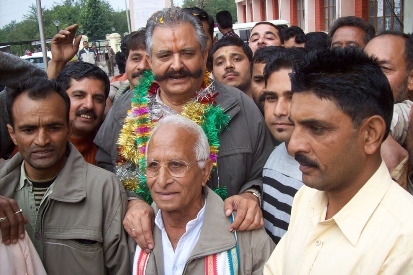 In Jawali, Sujan Singh Pathania of congress defeated Baldev Raj Chaudhary of BJP by 5249 votes, as counting of votes concluded.

Pathania, a four term MLA, returns to the assembly from a seat that was won by Rajan Sushant in the 2007 general legislative assembly elections.

However the seat fell vacant after Sushant was elected to parliament in May 2009.