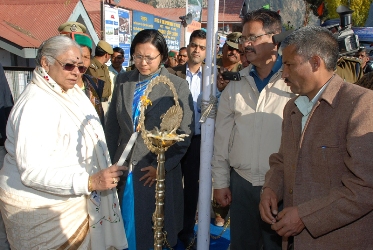 Recong Peo: Himachal Pradesh is known for its rich culture, customs and traditions and it is evident from the fact that the people of the State celebrate the religious and traditional festivities with great enthusiasm and fervour.

This was stated by Governor Prabha Rau on the occasion of inaugural function of a four-day long tribal festival which began at Recong-Peo in Kinnaur district today. She said that the tribal areas of the Pradesh had maintained the cultural values and had deep faith in local deities and as such the cultural festivities are integral part of their life style. 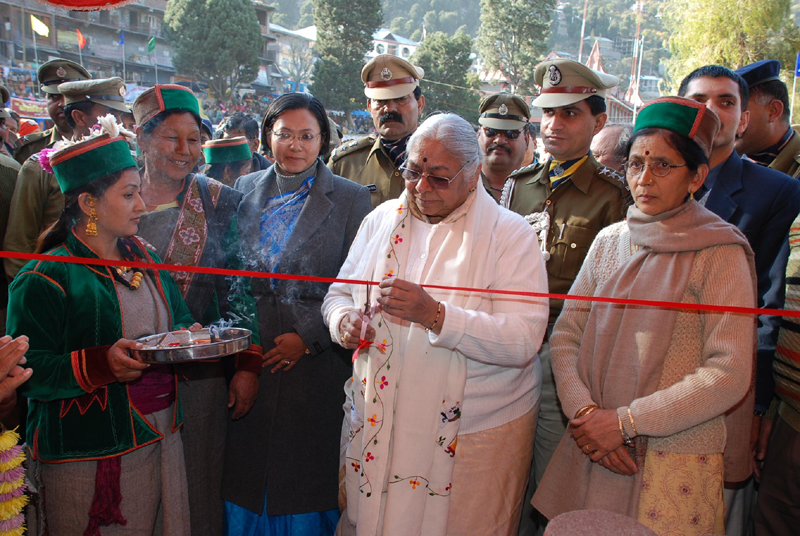 Endowed with abundant natural beauty and scintillating landscapes, Kinnaur is also an abode of Buddhist culture and the people of Kinnaur irrespective of caste and creed celebrate the tribal festival together, said the Governor.

Governor hoped that all the folk artists of Kinnaur district and other parts of the State would enthrall the audience with their performances and leave an impression on the younger generation about the importance of socio- cultural and ethical values preserved by the hill people.

Earlier, Governor inaugurated the exhibitions at Ramlila Ground. She was also given a warm welcome by Deputy Commissioner, Kinnaur.