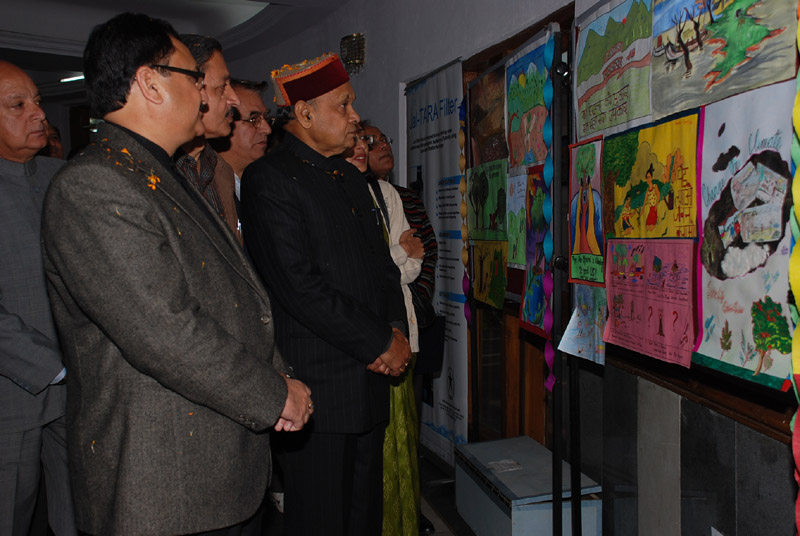 Shimla: Advocating taking necessary steps for reducing the carbon imprint in the hill state, chief minister Prem Kumar Dhumal asked for setting up a task force to assess whether government directives about installing rain harvesting structures in every new house were being implemented or not.

Speaking at a workshop on Community Led Assessment, Awareness, Advocacy and Action Programme (CLAP) for environment protection and carbon neutrality, Dhumal said that the three year awareness campaign would associate Gram Panchayats, Mahila Mandals, Yuvak Mandals, NGOs, Eco Club so as to become the first state in the country to achieve carbon neutrality.

The one day workshop organised by the Department of Environment, Science and Technology in association with Delhi based Development Alternatives, a NGO, was held to launch the awareness campaign.

The chief minister appealed for cooperation from all stake holders in making Himachal a ‘Carbon Neutral State’ and ensure a safe future for coming generations. He said that the campaign needed to be converted into a mass movement so that the dream of making Himachal Pradesh environmentally a safe state and role model to rest of the country was realised.

Dhumal underlined the need for an environment policy which could not only ensure the protection of environment but also bring about uniform development. He said that there was need to take along all the stake-holders and create a congenial atmosphere to move ahead.

JP Nadda, Forest, Science and Technology Minister said that Himachal was in the fore front to protect ecology. He said that banning of recycled carry bags, a decade ago, has not only been followed by other states in the country but has helped the country to acclaim appreciation in global forums.