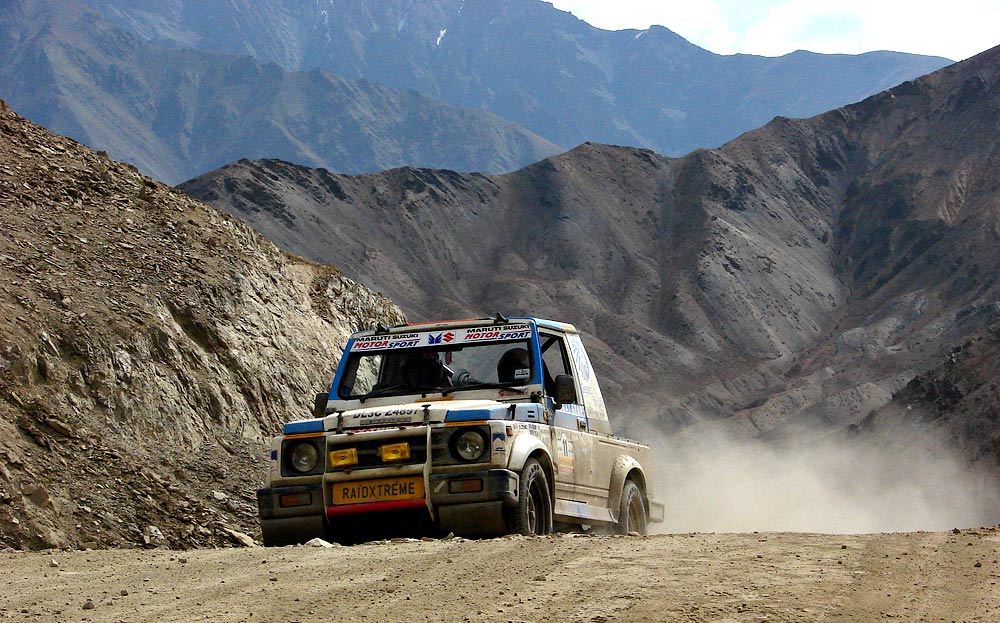 Shimla: Of the 33 that lined up for the 11th Raid on 7th October, by end of 4th Leg that ended at Rangdum on Saturday, only 24 cars in the extreme category, with Suresh Rana yet again leading the pack, were left in the fray.

Among the bikers, last yearâ€™s winner Ashish Moudghil leading the Raid X-treme and 10 other riders had survived the tortuous earlier three legs.

Starting out from Leh, the usual stage from Khaltse to Wakha opened Leg 4. The surprise, not expected to be pleasant was the rough transport to Panikher and the stage to Rangdum.

A night halt at a basic camp in the army barracks at Patseo was downright plush in comparison, say the organizers, which added to the joy of raiding!

As there were no worthwhile repairing facilities, native cunning and saving your car proved paramount.

In the 3rd Leg the raid stayed with its traditional torture route, which included two competitive stages from Patseo to Nakeela and then from Debring to Rumtse, before ending the day at Leh.

As warned the tarmac had all but vanished on the Morey Plain and also after Tanglang La, the highest pass on the Raid route, making the journey a test for both man and machine.

In the Adventure Trail category it was Raheja and Raheja with 10.44.01 penalties in a Gypsy leading the race. Â At the end to Leg 4, he was being trailed by Prasad and Pradeep in a Mahindra Scorpio with accumulated penalties of 11.21.02. In third position were Chandra and Mehta in a Mahindra Bolero with 18.41.03 penalties. In 4th postions were Patel and Patel in a Gypsy with 22.46.04 penalties who were a little ahead of Jangra and Hari in a Maruti SX4 with 23.54.05 penalties.

There were 20 other 4 wheel competitors still at it – driving hard to complete the Adventure Trail by end of Leg 4 on Saturday.