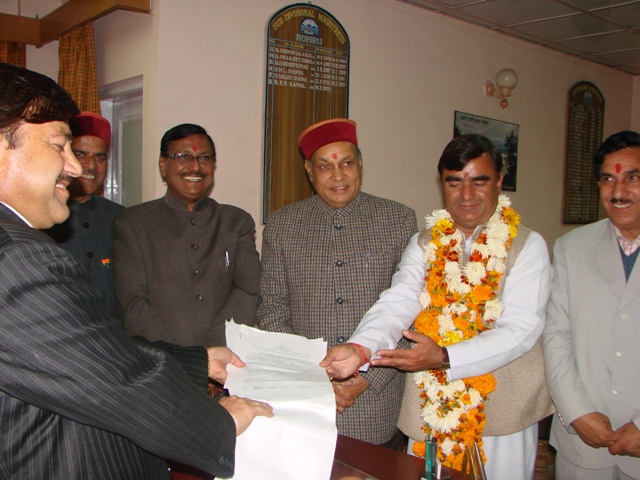 Shimla: As many five election nominations were filed for Rohru and Jawali seats that head for a bye-poll on 7th November, today as chief electoral officer, Anil Kumar Khachi announced closure of nominations.

Khachi declared, â€œin all 7 candidates for Rohru and 4 for Jawali seats have filed their nomination papers.â€

â€œNominations stands closed. Scrutiny would be done in presence of the candidates on 22nd October,â€ he said. Among those who filed their papers today was Khushi Ram Balnahta, the BJP candidate for Rohru.

The congress candidate from here is newcomer Manjeet Singh Thakur. No one entered the fray for the Jawali seat today. Of the four nominations filed for this seat are Sujjan Singh Pathania for congress, Baldev Raj Chaoudhary for BJP; Madan Lal Sharma and Ashok Kumar Somal as independent candidates.