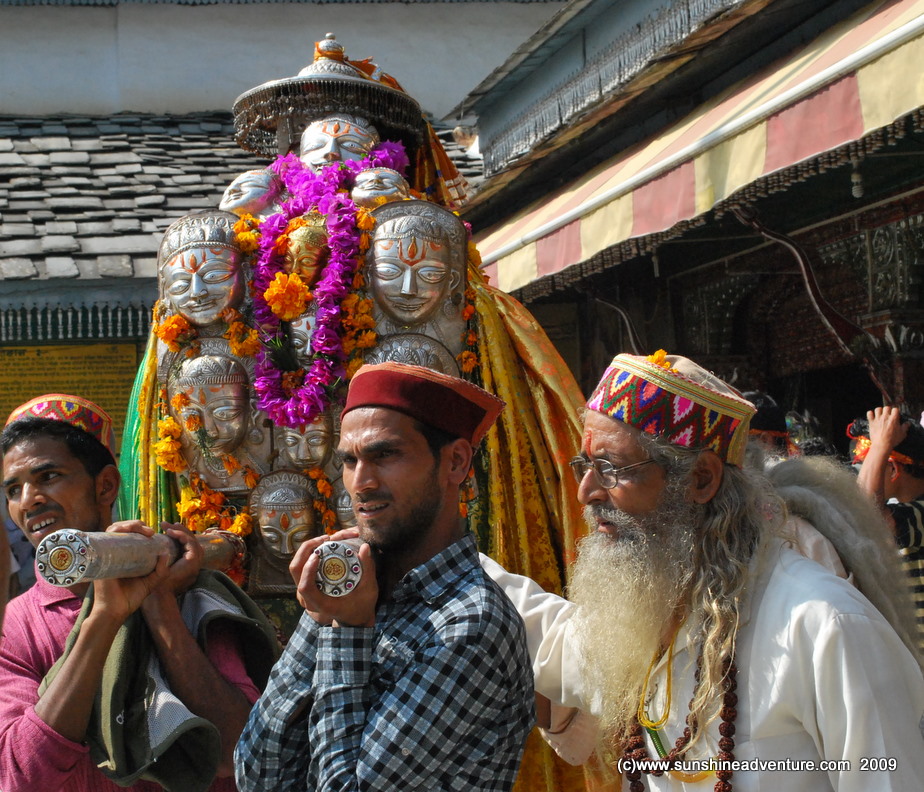 Kullu– The end of the habitable world or Kulunthpitha as described had another great Dusshera celebration this year. This great parade of the â€œDevtasâ€ ( local Deites )of the Kullu valley in honor of Lord Raghunathji who resides in Sultanpur the ancient capital of this unique valley. Earlier this occasion was used to pay the endowments of various villages through their Gods to Lord Raghunathji , a very pious way of paying taxes. However with the British and the present systems this slowly stopped. At present all the Devtaâ€™s are bought at the expense of the state government who as Dusshera is an international festival.

The â€œDevtaâ€ culture is so institutionalized as people still go to their Gods for settling court matters, for faith healing at time of disease, for weather forecasts, for joys , sorrows and what have you. Its surprising to see that technologies like 3G and broadband coexisting with the local people bringing their Devtaâ€™s on their shoulders from all over remote villages of the Kullu valleys to Dusshera grounds, some traveling for more than a week on foot. 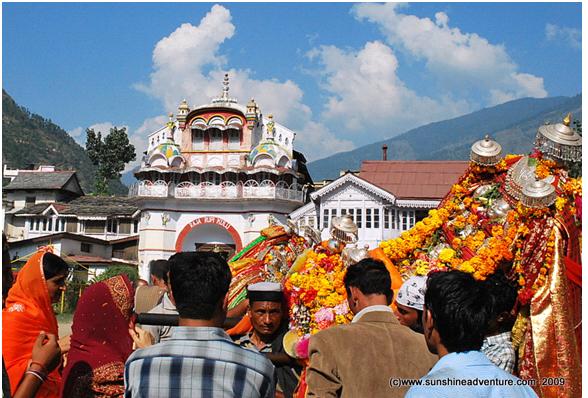 My duties are along the main God “Raghunathji” escorting him from his temple at Sultanpur to the main Rath or Chariot at the Dusshera ground in Dhalpur Maidan. Itâ€™s almost a miracle to see thousands of people gather in the ground with the local deities hyper-excited in the presence of their main God and running all over the crowds without hurting anyone. 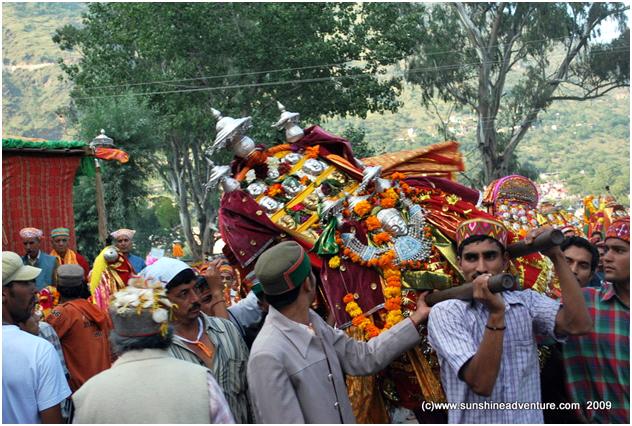 The Rath or the wooden chariot is then pulled by hundreds of devotees shouting â€œJai Shri Ramâ€ for about 500 meters to reach the hold place where Lord Rahunathji stays for the next seven days. All the Gods pay him a ceremonial visits one by one. Its also amazing that the belief in the Devta culture is equally prevalent amongst village youth as well as the old in the valleys of Kullu. The Dusshera celebration go on for a week and and are marked by Lanka Dehan where seven animals including a buffalo and a crab are sacrificed near the banks of the Beas river.