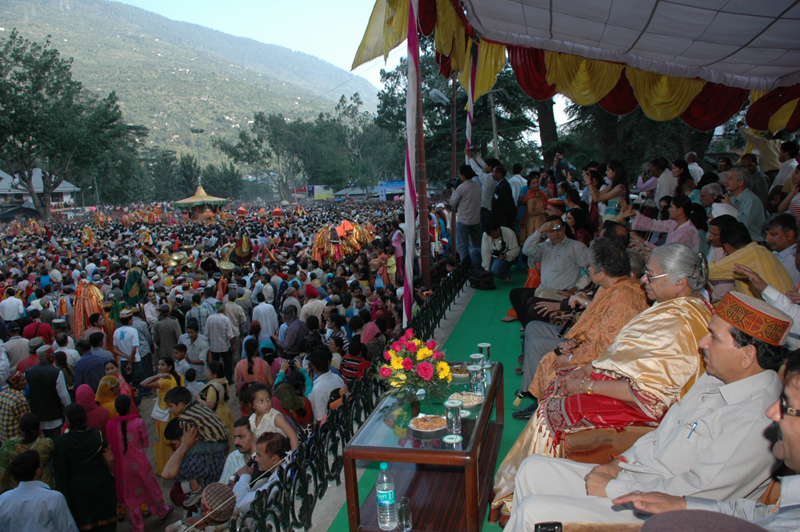 Shimla: Week long festivities at the Kullu Dussehra were inaugurated by Governor Prabha Rau at the Dhalpur grounds, today.

Thousands of people, which included devotees and tourists â€“foreigners and Indian, witnessed the â€˜yatra of Lord Raghu Nathji, the presiding deity at the festival, from the temple premises to the historic Dhapur ground.

In assemblage were about 200 deities (Devtasâ€™) gathered at the ground from valleys and villages across Kullu valley.

The unique congregation of Kullu Devtas having been witness to Raghunathjiâ€™s yatra for over three centuries, ever since the presiding deity was accorded primacy by the royal house of Kullu.

While in other parts of the country the Dusherra festival concludes today with the burning of effigies of Ravana, the King of Lanka, who was vanquished in a fight with Lord Rama, symbolizing triumph of good over evil, historians claim the Kullu Dusshera festival that opened today is being organized so since 1660.

Given status of an international festival, besides local folk dance groups, troupes from abroad and other parts of the countries participate in the festival.