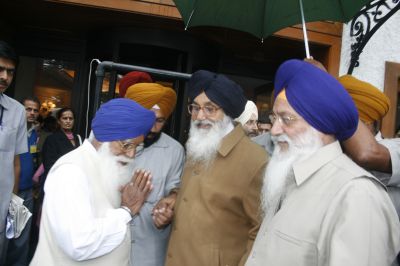 Shimla: Opposing the move to set up a separate Shri Gurudwara Prabandhak Committee (SGPC) for Haryana, Akali Dal today demanded that Punjab be declared a special agri-zone and a special 10 year package on the lines for its neighbors be given for the state to promote industry.

Addressing media persons after the conclusion of the two day meet, deputy chief minister Sukhbir Singh Badal said that Punjab being the granary of the nation, supporting agriculture in the state was of uttermost importance both for the state and the country.

The party (SAD) unanimously adopted a resolution that the union government grant a special agri-zone status for Punjab under which funds be allocated for revamping both the canal and underground water irrigation systems.

Special fund allocation was also needed for meeting power requirements to pump water for irrigation purposes. â€œShould a crisis strike wheat and rice production in Punjab, it would threaten the food security of the nation,â€ he said.

Not opposing the industrial package to Himachal or Jammu & Kashmir, the junior Badal said that as a border landlocked state without a port, to promote industrial activity it was necessary that the state be granted a special package on the lines of its neighbors. â€œThe party passed a resolution urging the centre for a special industrial package,â€ he said.

Condemning the divisive move of congress for a separate Haryana SGPC, Sukhbir Badal said that Akali Dal opposed such a step. “It is unacceptable to our party as this is an attempt to disintegrate the religious and spiritual power of the Khalsa Panth and will be strongly opposed,” he said.

The party deliberations were held in a complete conducive environment and there was no dissenting voice at the meet. Policies of the government emanating from the party manifesto were endorsed by all including the subsidy schemes like Atta-Dal scheme and the free power policy for farmers, said Badal. 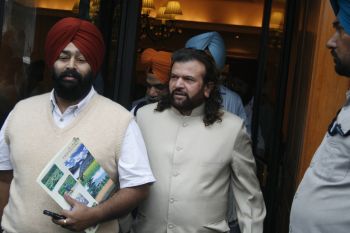 Terming the center-state taxation distribution system as favorable towards the, the deputy chief minister demanded as much as 50 percent of the taxes be reimbursed from the states where it is collected.

To expand the party social base, special wings for the youth, women, scheduled castes & tribes and weaker sections were being strengthened in which at least 50 percent representation would be through elections, said Sukhbir Badal.