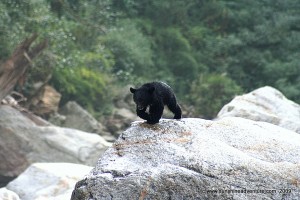 The members of the Sunshine â€“BTCA Adventure team yesterday managed to rescue a cub of a Himalayan black bear from the clutches of the mighty Tirthan. Aditya Sood (Panki) ,the group leader while trekking to Rolla heard the cries of a small cub and began tracing it till he reached a spot where the Himalayan Black Bear was caught trying to cross the river. Learning from the local folklores , he knew that the mother would be around and waited patiently for 1 hour. When nothing happened , he dived into the river alone to push the black bear to safety. While this was happening he heard two gun fires which were most probably the villagers of Kharongcha after the mother.

Later upon inquiry he found out that the villagers have been after the mother and cub for several days and have most probably killed the mother as the mother Bear never leaves its cub unescorted. There is a substance called â€œpithâ€ which is derived out of the black bear sold at very high costs which makes killing of the black bear a booty for the poor villagers. 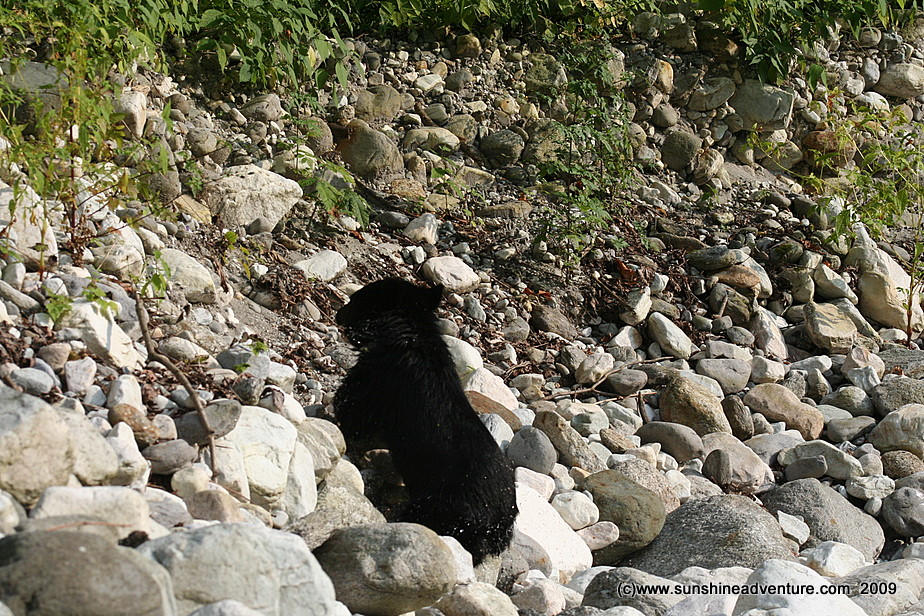 For us at Sunshine Himalayan Adventures itâ€™s sad to see that even efforts of giving livelihood by the Forest department still has not motivated the villagers enough to stop poaching. This is principally due to the following factors:

1. Absence of Forest Staff from the field :

We have never found a forest guard ever giving his duty at his beat in the GHNP. The field staff only activates upon special order or if some official of the Forest department is on a visit

From all the programs to support BTCA or a previous SAHARA the immediate villages of the ecozone like
Kharongcha, , Daran, Mashiyaar , Dingcha (Tirthan Valley) Shakti, Maraur ,Lapah, ( Sainj) Kundar, Majhan ( Jiwanal) have been kept out in any income generation activity probably due to inaccessibility. 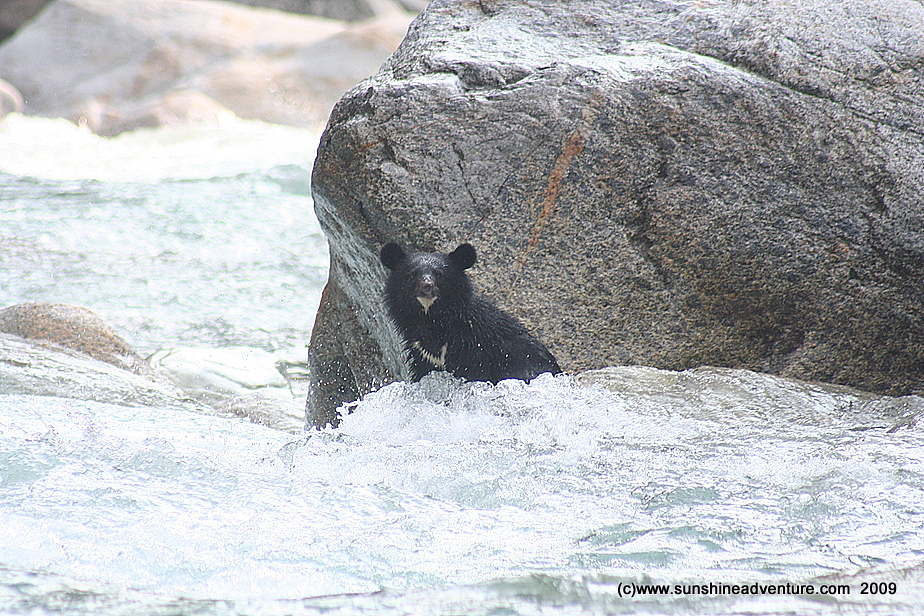 One of the solution lies with the Ecotourism initiative which is one of the most successful income generation ventures distributing about 3.5 lakh in salary ( 2009) , we are trying to get more and more men from the above villages so that an awareness is spread. However due to the terrain and the nature of activity in the park coupled with few tourists, its difficult to provide regular employment to our team which is over 40 people. This year SHAâ€BTCA team has already shown its strength in the Tragopan kill case by lodging the first ever FIR in the Kullu police station along with the FD, helped put out forest fires and now helped this cub in despair. 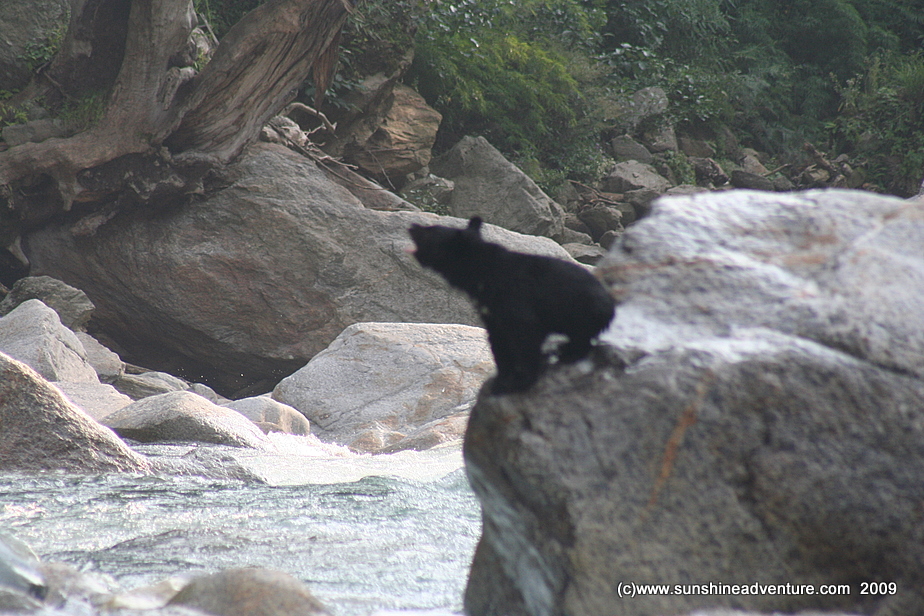 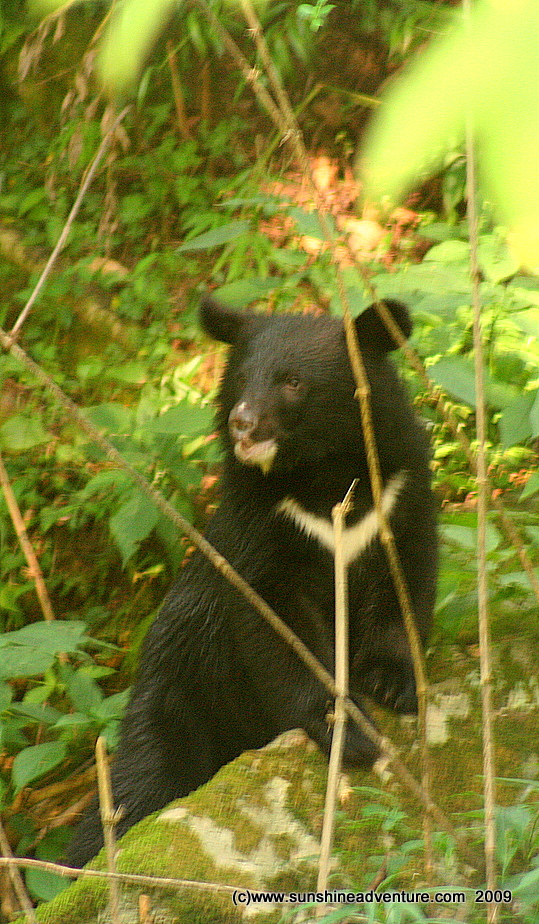