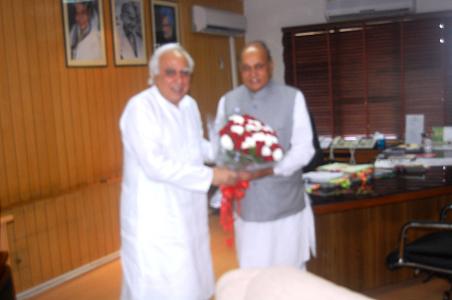 Shimla: Chief minister Prem Kumar Dhumal has asked the central government t to explore the possibility of setting up a Indian Institute of Information Technology (IIIT) under a Public Private Partnership (PPP) mode towards which the state is ready to contribute funds and provide land.

Putting forth the proposal before Kapil Sibal, human resource development minister, at a meeting in Delhi today, Dhumal offered to pitch in Rs 15 crore and 100 acres of land for setting up the IIIT institute.

The chief minister also said that considering an enrolment of 20 percent in higher education, which was higher than the national average was justification enough for opening an Indian Institute of Management (IIM) in the state. â€œHaving an IIT should not come in the way of setting up an IIM,â€ he said.

Dhumal also asked for approving the site proposed for setting up an central university and sought an early appointment of a vice chancellor for the proposed higher institute of learning.