Shimla: With most party big-wigs savouring in the cool climes after having arrived at the hill station, the rising incidence of indiscipline, causes of electoral defeat in the May Lok Sabha election and nurturing a new leadership are likely to be the dominant issues at the three day Chintan Baitak that BJP is holding here, starting tomorrow.

Advani takes a dig at PM 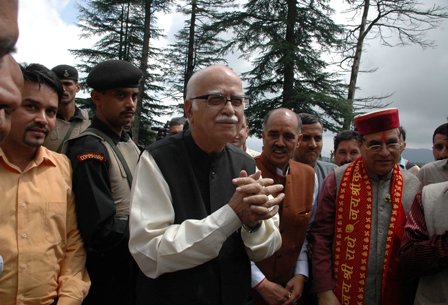 LK Advani, senior BJP leader who the party has retained as the opposition leader in the Lok Sabha, on arrival earlier in the day, choose to focus on Prime Minister Manmohan Singh warning on fresh terror threats originating from Pakistan. 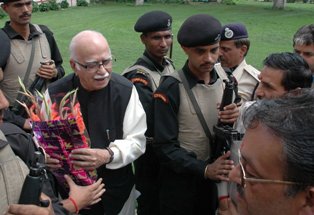 Advani said that the prime minister had strongly defended the Indo-Pak joint statement inside and outside parliament.

â€œIâ€™m happy that the prime minister has realised the countryâ€™s unhappiness and our anguish about the terror threat perception from Pakistan and has chosen to warn the nation,â€ said Advani.

The joint statement issued after Singh’s meeting with Pakistan Prime Minister Yousuf Raza Gilani in Sharm-el Sheikh in Egypt in July had spoken about delinking of dialogue from action against terrorism by Pakistan.

Carrying the burden of having released the controversial book on Jinnah, just before the all important Chintan Baitak meet, senior BJP leader Jaswant Singh was reported not to be part of the leaders who have checked in at Hotel Peterhoff today.

Party sources disclosed that the BJP MP from Darjeeling was to stay in Oberoiâ€™s Hotel Cecil for attending the important meet this is scheduled at a walking distance from the Five Star Hotel.

Both Jaswant Singh and Narinder Modi are said to have made private arrangements for their stay in these expensive properties.

Sources maintained that Modi would be joining the other leaders at Hotel Peterhof on Wednesday as he was only booked for a day at Wildflower Hall.

Modi is familiar with much of the hill state topography and its climate for he as party incharge for the state, back in the late 1990â€™s, had toured extensively and was instrumental in bringing about a leadership change in Himachal BJP that saw old guard Shanta Kumar being replaced by Prem Kumar Dhumal as the party leader here.