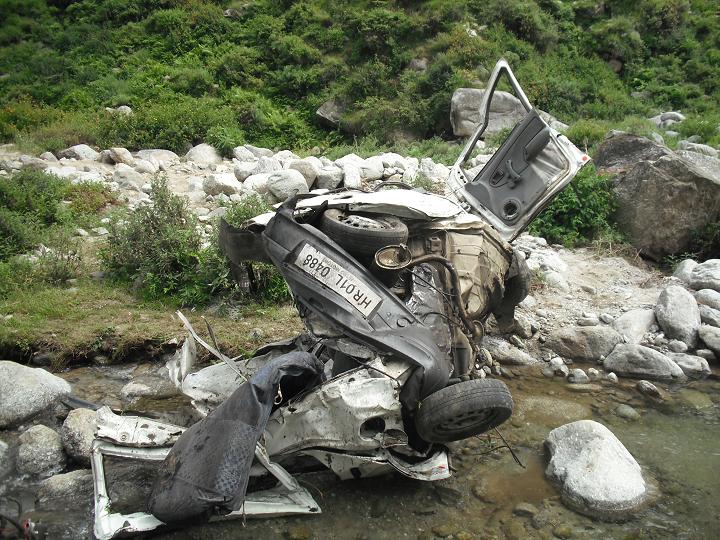 Chamba: The six occupants of an Indica car (HR-01-LO4880) died on the spot in an accident 9 kilometer from Chamba town, today afternoon. 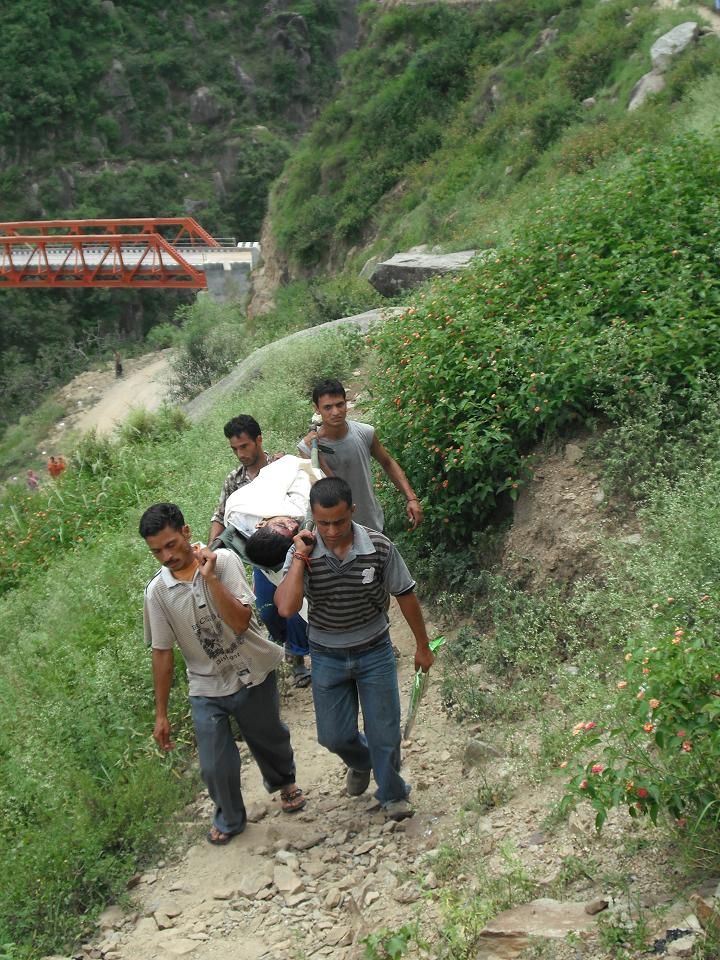 The passengers are believed to have been on pilgrimage from Pathankot to sacred Manimahesh Lake, when the driver lost control of the vehicle on the outskirts of Chamba town and it plunged into the valley only coming to a stop after rolling about 1200 feet.

The fall resulted in leaving the otherwise sturdy car a mashed ball of steel, blood and shattered glass.

The deceased were identified as residents of Ghandran Ladi village near Kath Ka Pul in Pathankot.

Among the dead were passengers Ashok, S/o of Palu; Raghu S/o Subhash Chander; Naveen S/o of Ram Prashad, Bhola S/o Kala Ram and Vikram. The driver, whose name could not be ascertained, also died on the spot.

Among the first to reach the accident spot were villagers of Ohli village which included Jaram Singh, Devinder Singh, Sanju and Vikki from Athed village

The government rescue that reached the spot was lead by BR Kaundal, additional district magistrate and Sandeep Negi, SDM Chamba, who helped to retrieve the dead bodies from the accident.